A question we get a lot is around the shop is, what exactly is a component build engine assembly?

A 'component build' engine first and foremost is a remanufactured engine however it is the closest thing possible to a new engine replacement. We here at Big Bear Engine Co. come from the heavy duty remanufacuturing world and continue to offer fully reman long block assemblies for 8.0 L and above diesel engines. A fully remanufactured assembly would include machine shop work to the engine block, cylinder head, connecting rods, camshaft, crankshaft and rocker assemblies. A limited amount of new parts are used in a fully remanufactured build which most of the time include a new aftermarket or OEM overhaul kit (pistons, liners, bearings, rings and gaskets). 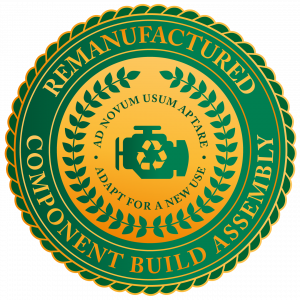 In accordance with EPA reuse guidelines engines must follow standard rebuilding practices and include any combination of used, rebuilt or new parts. Our component builds are assembled with more new aftermarket and OEM parts than a full remanufactured unit. For example, a component build assembly might have a new block, head, camshaft, crankshaft, overhaul kit but contain remanufactured connecting rods and rocker assemblies. Additionally, the unit might have a rebuilt fuel pump or aftercooler. Some non wearable used parts are also included in the builds such as exhaust elbows or water inlet connections. All parts remaufactured within the assemblies are built back to OEM spec and exact tolerances are followed. Assemblies are sold as non-running long blocks or extended long blocks (50-75% complete units) and are meant to be used as replacement parts in conjunction with a customer's existing engine. A trained mechanic will further enhance the engine with additional good used parts from the customer's broken down core engine. 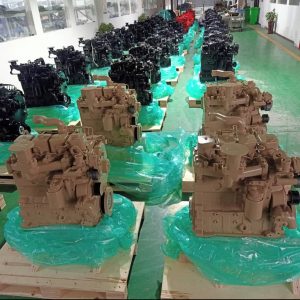 As a guide, component builds assemblies contain about 90% OEM and 10% aftermarket parts however each build cycle we do is different depending on the parts availability at the time of production. A lot of the times, plants/foundries will build for both the OEM and aftermarket and rebrand parts accordingly. All builds cycles are tracked and noted with a General Certificate of Conformity.

Overall, a component build assembly is a great alternative to a fully remanufactured unit and will run much longer before needing an overhaul.