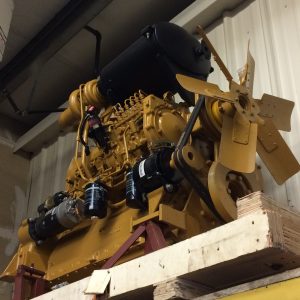 The Caterpillar 3306 is a bulldog in its own right and was manufactured for well over 30 years first being produced in 1973. The CAT 3306 is still being factory made for the OEM and aftermarket market even though it is no longer mass-produced for new equipment. The engine is still popular because it of its reliability, ease of use and straightforward maintenance schedule. This article is the first in a series of troubleshooting issues for the Caterpillar 3306 Diesel Engine. Hopefully, this information will be able to help you diagnose some common engine starting issues with the Caterpillar 3306.

Caterpillar 3306 Engine Will Not Start

There can be many issues to look into if the engine does not start.

1) Check the Fuel Lines – Inspect the fuel lines for any cracks or frays. Used forced air to check for minute leaks in the line. The fuel lines could be in fine working order but simply be dirty or clogged. Clean or replace the fuel lines if necessary.

2) Dirty Fuel Filter – If the fuel filters are clogged it could prevent fuel from getting to the injectors and ultimately the combustion chamber. It is recommended to simply replace dirty fuel filters. CAT makes a really good fuel filter over Donaldson, Fleetguard or Baldwin filters. Injectors paired with CAT Fuel Filters have the lowest overall injector leakage over a period of extended continuous use. 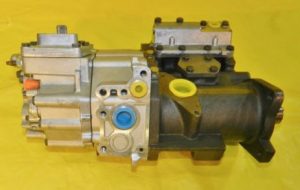 3) Check Fuel Transfer Pump – During the start-up of the Caterpillar 3306 engine the minimum fuel pressure needed for the fuel transfer pump should be 3 psi. If the fuel pressure is less than 3 psi it is necessary to change the fuel filter element. If that does not change the pressure look for air in the fuel system also known as cavitation. If none of those things solve the problem check the fuel transfer pump for issues or replace the entire pump.

a. Inspect the drive belt and make sure there is the correct tension and position.
b. Inspect all cable and connections if there is a defect in the charging ground return circuit. Also check the battery connections for proper installation. Clean and tighten all connections as needed.
c. If the brushes are broken or missing replace as needed.
d. If the rotor (field coil) has a defect replace with a new rotor vs. trying to repair. These are notoriously finicky to repair correctly and it is best to just replace with a new rotor.

5) No of Fuel to Cylinders – Make sure there is enough fuel in the fuel tank. Prime the fuel system and try the start the engine. If that does not fix the issue remove the bad fuel/air mixture in the tank and replace the fuel. Re-prime the tank and start again. 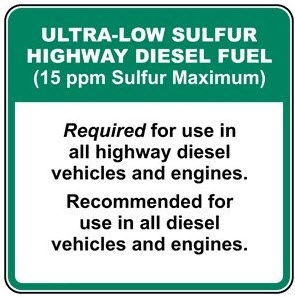 6) Bad Quality Fuel – Make sure the fuel you are using in the Caterpillar 3306 engine is good quality. Diesel fuel refined today is not the same quality that the CAT 3306 was originally designed to run on. Prior to 2006 crude oil was refined using a chemical process called distillation. The distillation process created a fuel that was chemically stable and resisted breaking down. Since the advent of Ultra low Sulphur Diesel (ULSD) the process to produce fuel changed to hydrocracking and hydrodesulfurization which makes the fuel much less stable. Fuel degradation is much more common these days with older equipment which never encountered the problem prior. All diesel fuel will eventually break down if it sits long enough. Diesel sludge will accumulate in the tank, plug the fuel filters, clog fuel lines and form acids that that will damage the fuel pump and injectors. If the fuel is bad remove the fuel from the tank and install a new fuel filter element. Replace the fuel with a good grade of diesel fuel in the fuel tank. It is also advised to use fuel additives to prevent against fuel breakdown and clean out engine sludge.

7) Check Fuel Injector Timing – If the injector timing is off make the proper adjustments. For example a Caterpillar 3306B requires a 6V4186 timing pin which is inserted into the fuel system. Once the fuel system cover is removed insert the timing pin into the small camshaft in the fuel system. After the pin is inserted you then need to remove the pipe plug in the flywheel housing. There is a threaded hole in the flywheel itself where a 3/8” bolt is needed. This bolt will assure the engine is properly centered. After confirming the engine is top dead center remove the valve cover and make sure the rocker arms are properly aligned with cylinder head number one. If the rockers are not top dead center check cylinder head number six. Once the pin, the bolt and the rockers are all in place the gear for the fuel system may be torqued to 200 ft/lbs.

8) Check Shutoff Solenoid – The shutoff solenoid is a common spot to diagnosis starting issues. When checking the unit turn on the control for the shutoff solenoid and see if it is making a clicking sound. If this sound can be heard and the engine will not start, remove the solenoid completely. Start the engine up again. If the engine starts the shutoff solenoid is bad. Replace the solenoid as needed. Check the holding fuel control shaft is not in the off position. If the engine still will not start check the governor linkage for any blockages that could be prohibiting free movement. The sleeves must be able to turn freely on the pump plungers of the control shaft. Restricted movement will seize up the solenoid. In addition to the sleeves, the thrust collar must be able to turn freely on the governor shaft between the shutoff and full load positions. If the parts still do not move freely make sure they are cleaned and properly lubricated. Inspect all parts for wear and replace if necessary.

9) Check Fuel Spring – It is easy to overlook but make sure the fuel spring is installed and in the proper position. 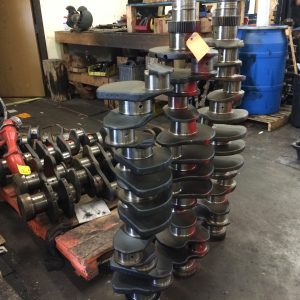 terpillar 3306 Crankshaft Will Not Turn

If the engine starts but the crankshaft will not turn check these five common issues:

1) Internal issues preventing crankshaft from turning – If the crankshaft cannot be turned after the ancillary driven equipment is disconnected, remove the fuel nozzles and check for fluid in the cylinders. Manually turn the crankshaft slowly as hard movements might damage further internal parts. If fluid in the cylinders is not the problem the engine must be disassembled down to the bear block to check for hard internal issues such as the bearing issues, piston seizures or the wrong piston configuration or alignment.

3) Check Wiring and Switches – Check the condition of all of the wires and switches coming from the battery and alternator to make sure they are grounded. Make replacements and/or tighten if necessary.

4) Check Starter Solenoid – If the starter solenoid is found to be defective replace with a new solenoid. 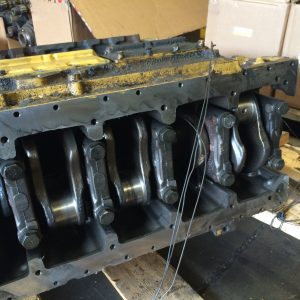 Check Starter Motor – The last place to diagnose a crankshaft issue is the starter motor. Inspect all gears, pulleys and belts. Make any necessary repairs to the motor or replace as needed.

Diagnosing engine issues is a tricky task. In many ways you have to become a keen detective and follow the path which leads to the underlying problem. CAT 3306 engines, like the smaller CAT 3304, are very reliable and will start right up most of the time. With mechanical diesel engines it can be a bit trickier to find the issue at hand without the corresponding ECM code however these tips above should give you at least a place to look.

Contact a specialist at Big Bear Engine Company if you have any issues or questions concerning the Caterpillar 3306 Engine. If you encounter rough starts with the engine immediate turn off the engine and take it to a mechanic or machine shop for further diagnosis. Multiple dry starts could further damage the engine.