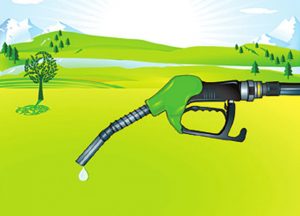 Chicago has already received more than $1 million in federal grant money to help combat pollution. The money will be allocated thusly: $400,000 will be used to replace a single bus from diesel to zero emission electric or natural gas. The CTA (Chicago Transit Authority) will match the funds with $490,000 of their own to pay for the vehicle.

The great Chicago Department of Aviation will also receive $640,000 to replace 26 pieces of ancillary equipment with all cleaner versions which are wholly run off of electric engines. The aviation department will supply roughly $790,000 for the project on their end.

The EPA is like Santa Clause these days also awarding Detroit a cool million of its own. The Southwest Detroit Environmental Vision will be receiving the money to help reduce or replace city owned vehicles and equipment with older pre 2007 diesel engines. Along with the grant many local business such as Forgotten Harvest as well as other local companies and agencies, are matching the funds with $2.5 million in private donations. Forgotten Harvest, which is a local food bank that distributes food sundries to local communities, will be replacing all 35 dump trucks and vehicles they have in their fleet. The new trucks are all refrigerated and will help eliminate excess short trips.

In addition to Forgotten Harvest, other companies participating in the program are Red Cap Transport, T&T Transport, Alco Transportation, Gemini Transportation and Causley which work directly with the US Post Office.

The Southwest Detroit Environmental Vision has reduced 37,500 tons of diesel emission pollutants since it launched the program back in 2009. The program tries to cut the amount of nitrogen oxide, carbon dioxide, soot and particulate matter from the greater Detroit area. The non-profit works to replace heavy on-road and off-road equipment.

Targeted older vehicles will be replaced with ones that meet current emissions standards, the EPA said in a release, noting the projects will cut the amount of nitrogen oxide, particulate matter or soot, hydrocarbons, carbon monoxide and carbon dioxide in the air.