Diesel News From Around the World

Our monthly look at what’s been happening in the diesel world. 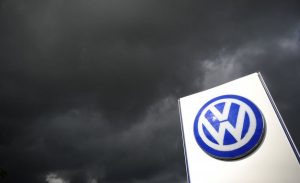 The aftermath of ‘Dieselgate’ continues as Oliver Schmidt, the general manager of VW’s environmental and engineering office in Michigan, was handed a seven-year prison sentence by Detroit judge, Sean Cox. Schmidt was also handed a $400,000 fine.

“It is my opinion that you are a key conspirator in this scheme to defraud the United States,” Cox told Schmidt during sentencing. “You saw this as your opportunity to shine … and climb the corporate ladder at VW.”

Schmidt apologized for his wrong doings by saying, “I made bad decisions and for that I am sorry.”

Not as sorry as VW shareholders are as the scandal has cost VW the best part of $30 billion to date.

A triple-turbo, 6.7-liter, 140 psi, Cummins engine suddenly exploded at Firepunk Diesels in Plain City Ohio. Thankfully no one was hurt but it left owner Lavon Miller scratching his head as to what caused it.

“It’s about 3 years old and has seen a good bit of abuse”, Miller told Jalopnik.com, “but that doesn’t quite explain the explosion”.

Miller’s passion for powerful engines has seen his Firepunk team win many competitions and this setback will not see him take his foot off the gas anytime soon.

You can see the quite spectacular explosion HERE

The new Wärtsilä 20 has been launched at the Marintec Conference and Expo in Shanghai, China. 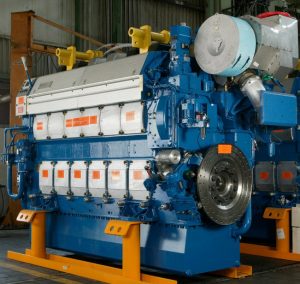 Predominantly a ship engine, The Wärtsilä 20, is well known for its salubrity and reliability and thousands have been sold since its inception over 25 years ago, but their newer version could be a game changer. Vice President of Wärtsilä Marine, Stefan Wilk, explains “The new Wärtsilä 20 engine has the best power-to-weight ratio on the market in its segment. This provides an exciting value proposition for owners of ships where a light yet powerful engine is an advantage,”

As the new engine is essentially an upgrade means that the compatibility of the parts will not be greatly reduced, and the maintenance procedures will be unchanged. But what kind of power can we expect from this upgrade?

The cylinder output has been increased from 185kW to 220kW so fewer cylinders will be needed when installing 60Hz generating sets, making them lighter and more compact, increasing the bollard pull capacity on support vessels. Wärtsilä’s new tug range, the HYTug, will all have the latest Wärtsilä engine included, as well as integrated and power management systems.

It will still be able to switch between MDO and HFO without interruption of power and remains fully compliant with IMO Tier II exhaust regulations. IMO Tier III compliance is also available as an option.

Back in 2001, the British Chancellor of the Exchequer had a brainwave. Pollution was a growing problem so in order to cut CO2 emissions he decided to incentify motorists to switch to diesel engine cars by lowering car tax for diesel models. This was a huge carrot to motorists and fleet managers alike and the sales of diesel cars rocketed. The problem was – Gordon Brown had got it wrong. 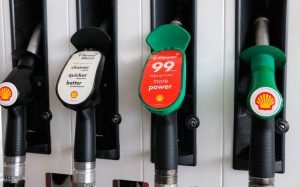 Yes, diesel does produce less CO2 than petrol. Around 15% less in fact. But it also produced four times more NO2, or NOx, and twenty-two times more particulates, which are tiny particles that can penetrate vital organs such as the heart and brain. It is believed now that this tax cut has been responsible for tens of thousands of early deaths each year. So much so that the UK is being sued by the European Commission for producing excessive pollution and breaching the limits that had been agreed.

The motor industry reacted and since by 2005 NO2 became less of a problem and then in 2010 all diesel engine powered cars have been fitted with ‘Particulate Filters’ which further reduces NO2 emissions considerably Though for all of those vehicles bought between 2001 – 2005 (approximately 5 million) their owners are saddled with higher running costs, higher car taxes and talk of a £20 per day toxin tax. Thanks, Gordon Brown.

A diesel scrappage scheme has been mooted where all old diesel cars would be scrapped with their owners receiving up to £2,000 compensation. Another idea is to retrospectively fit those vehicles with Particulate Traps, though who will pay for that doesn’t seem clear.

So where does that leave car buyers now? NO2 is no longer a problem, CO2 is still higher in petrol engines – so for the environmental friendly driver, diesel is the sensible choice. Though it is still unclear whether they would continue to be penalized for that choice. So, for the time being, the best option seems to be to buy neither a diesel or a petrol powered vehicle until the Government gets their act together and buy a bike instead.

Diesel and the Future of Trucking in the US

By the end of 2017, it is expected that more than 260,000 new Class 8 trucks will be on the road in North America, and the overwhelming majority will be powered by clean diesel technology. In reaction to that, Allan Schaeffer, executive director of the Diesel Technology Forum, released the following press release.

“Technology for commercial trucking is changing rapidly and that includes all vehicle, fuel and powertrain choices for the future. Aspirations and predictions for new fuels and technologies are high but must be evaluated in the context of reality. 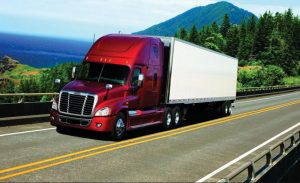 “Diesel is the most energy efficient internal combustion engine. It has achieved dominance as the technology of choice in the trucking industry over many decades and challenges from many other fuel types. Still, today, diesel offers a unique combination of unmatched features: proven fuel efficiency, economical operation, power, reliability, durability, availability, easy access to fueling and service facilities, and now near-zero emissions performance.

“Diesel technology is not standing still but rather being enhanced every day across a wide range of applications. From coupling with hybrid-electric technology and battery storage systems to pushing thermal efficiency boundaries by utilizing 100 percent non-petroleum bio-based diesel fuels, the new generation of clean diesel power is part of a sustainable future. Clean diesel technology ensures that truckers can deliver their cargo anywhere, anytime, under any conditions.

“We all benefit from a more efficient freight system. Fuel and powertrain choices are one part of that. The greatest opportunity for efficiency gains, fuel savings, lower greenhouse gas emissions and cleaner air – now – is to get more truckers into the newest generation of more fuel-efficient and near-zero emissions clean diesel technology, as rapidly as possible.”

The Most Powerful Diesel Engine on the Planet (and probably all of the other planets, too). 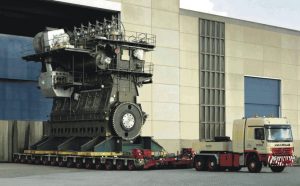 Okay, here’s the brief. A ship carrying 11,000 20-foot shipping containers needs to travel between the US and China at the fastest speed possible. ‘No problem’ says the guy at Wärtsilä. ‘We’ll get building it now’.

With 14 cylinders, each consuming 6.5 ounces of diesel in one cycle, with such efficiency, it’s one of the least polluting engines of its type. It has a crankshaft that weighs 300 tons and a piston weighing 5.5 tons, which works at a speed of 8.5 meters per second. As you might imagine, it’s not cheap to run and goes through 2.500 tons of fuel a day.

The Rescue of a Fire Rescue truck

Glenmoor Volunteer Fire Department’s rescue truck was, after 20 years of service, on its last legs. Faced with a potential cost of $250,000 to buy a replacement First Lieutenant Kameron Kosek and firefighter Andy Bayless came up with an idea that would save the taxpayer tens of thousands of dollars. Instead of buying a new truck, why not renovate the old one?

Over the following months, the truck was transformed, with a 2017 F-550 chassis replacing the old one, two-wheel drive to four-wheel drive, and a gas engine switched to a diesel. It’s water storage capacity also increased to 300 gallons and a more powerful pump was installed. Once complete 95% of the truck was new and finished off with a paint job and a new diamond plate. The cost? $140,000.

Fire Chief, Matt Smith said, “That’s a significant saving to the department and to taxpayers.” Adding “Kosek and Bayless put their heart and soul into making this a reality, I’m so proud of these guys and what they accomplished with this truck.”