Are Gas or Diesel Engines Better for Off-Roading?

Gas or Diesel Engines for Off Roading?

First, We all know the Cummins 4BT is considered King of Hill when it comes to off-roading diesel engines. The low end torque output mixed with the reliability of a Cummins Industrial Engine can't be beat. That being said we are opened minded here at Big Bear... we believe that all customers should be aware of what's out there and the options available to them. 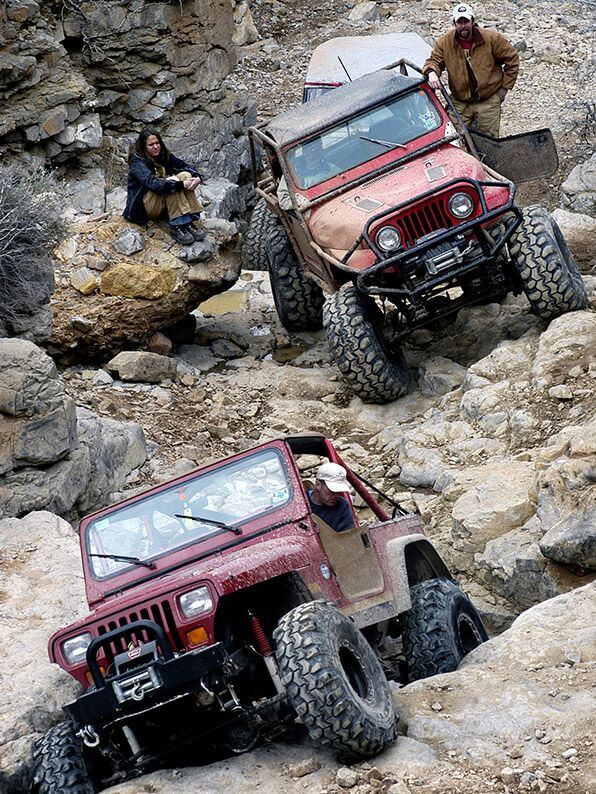 The way to break down this gas vs. diesel problem is to first outline some differences as well as pro’s and cons of each engine. From a financial perspective, there is not really much difference nowadays between the two. However, bear in mind that the myth is indeed true, diesel will cost you less to run. Although, you will have to be doing pretty high annual mileages and use the freeway pretty often to get these fiscal benefits. This is due to the fact that diesel vehicles now have a higher tax than gas which in turn, can eat the savings you would make in that year.

In some places around the world, the selling of both of these engine types will be banned in 2040. As you may have guessed, this means there will be a noticeable change in the types of vehicles you will see on the roads. In the future given how much traditional vehicles are worth, you will probably see some sort of financial incentive to use alternative powered vehicles. That being said good old gas and diesel engines are here to stay for quite awhile longer!

It is known to most that a diesel vehicle will usually cost you more than the equivalent gas engine version. Additionally, Diesel itself costs more than unleaded gas. It might be wise to work out what will save you money and your intended millage. An example would be if you drive a diesel truck more than 13,000 miles per year, you might save $1,000 in around 2 years. However, if your mileage is around 5000 miles a year, it could take you around four years to save the same amount. 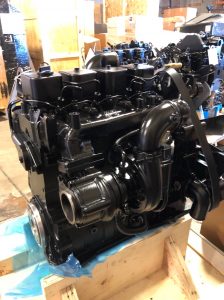 So, which is better designed for off-roading?

You know what, instead of taking you on a journey where we both discover this via the inspection of case studies, stats and other sources, we're just going to tell you....and then tell you why. It's Diesel.

As written earlier on, diesel is capable of producing more low-end torque than gas, which is imperative when off roading and here’s why. (prepare yourself for a short journey of discovery, or enlightenment, whichever floats your boat.)

Why Torque Is Essential for Off-Roading

So, you have just bought a Jeep with some 33" tires that you plan on ragging around some rough terrain. But, what makes this vehicle so good at off roading? It's torque, and here’s what you need to know: 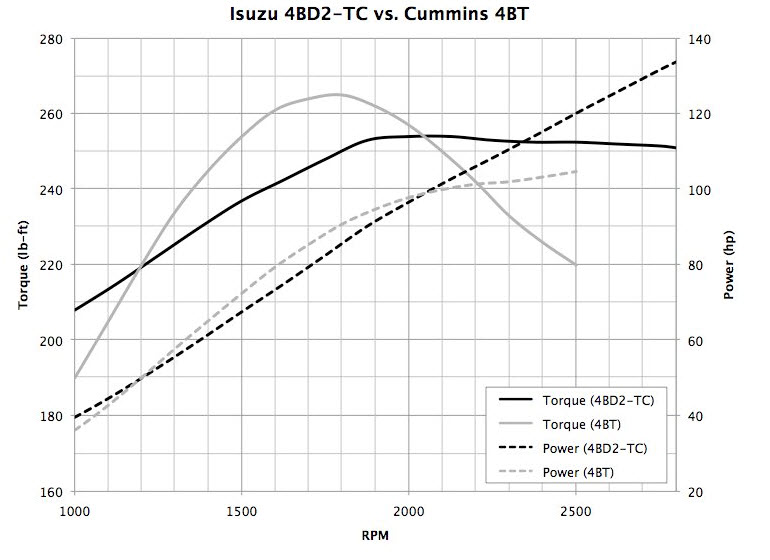 To put it simply, torque is the amount of power when your turning. The torque on a vehicle is what helps it to accelerate, which is obviously very important when off roading due to the fact your trying to climb steep twisting inclines. Torque is a rotating force that may equate to a motion, but not really. It basically allows you to maintain your momentum without over doing your engine.

What is the Difference Between Torque and Horsepower?

The amount of torque a vehicle has, governs how quickly a vehicle can reach a speed. Horsepower on the other hand, is how fast it can actually travel. The horsepower of a vehicle is worked out by multiplying the torque by the RPM’s and dividing it by 5,252. Torque is infact easier to measure than horsepower.

Do Horsepower and Torque Work Together...or?

You need both. The two work together to keep you going. The torque output ensures the vehicle is in motion, and once that is achieved, the horsepower will be responsible for maintaining that speed The good news is both gas and diesel engines can be modified for additional horsepower and torque given your ability to turn wrenches and your wallet.

Which is Better suited for Off-Roading?

When off roading, you're not really reaching great amount of speeds. So, speed isn’t as important as acceleration when your climbing boulders or whatever takes your fancy. Torque is more valuable as it gives you the force you need to conquer these inclines. Low end torque is pretty much the most important thing you want in your arsenal when tackling fluctuating terrain.

Why is Low-End Torque specifically more Important in Off-Roading?

So, low end torque is the amount of torque you can muster at low revs. Typically, between 2000 and 3000 RPM. However, this is different from high end torque which is defined as the amount of torque achieved at high revs of around 4000 or 6000 RPM. Low end is pretty valuable as it keeps the engine from being overworked when off roading as you should be trying to maintain your speed and momentum on the rough terrains; ideally at low speeds. A high – low end torque doesn’t necessitate a lot of revs per min, meaning you don’t need to be stamping down on that accelerator to keep moving forward. So, now you have the basics. If you are serious about off roading then the bottom line is that high low – end torque is a must. We hope you enjoyed this journey, and hope you feel enlightened.
However, what sort of article would this be if we didn’t have a look at some popular gas and diesel engines? This should give us some sort of basis we can use to contextualize the information above. So, without further ado…

The general consensus here seems to be that the majority prefer the 4Bd1t over the 4Bd2t, and from what we know. This is due to the fact that it suits a number of modifications more so than the 4Bd2t, which is more than likely if your using it to crawl around some unforgiving terrains. However, we hate to disappoint you, but these are pretty hard to get hold of in the U.S.

The Deutz F 3 L 912 is an air-cooled 3 cylinder naturally aspirated engine, adopting an inline arrangement. The pro of this engine is that it has low noise output more so than most diesels, but we highly doubt that is of any concern if used in off-roading. A pro that does seem beneficial is that it’s a pretty robust piece of machinery, enabling you to put it to good use even under extreme conditions, which is probably more often than not when off-roading.

This engine is a straight 5 diesel, as you may already know, it is considered one of the most reliable engines ever made. It was common for one of these to reach over 1,000,000 miles without being rebuilt. As its regarded as both powerful and reliable, you can see why it’s a good choice for off-roading.

This 5.6L v-8 engine is a work of art, this all-aluminum engine can provide you with a huge amount of power. It has a fairly strong bottom end with regards to torque, which we know is ideal for off-roading. Additionally, it has an impressive 32-valve DOHC design. Notably, this engine has pretty good power to weight ratio and sounds superb. However, like all things, this engine has its drawbacks. This engine isn’t known for having a very good fuel economy.

We said it before, and we'll say it again…torque is the holy grail of off-roading. The good news is this engine has plenty of it. However, some say that this engine isn’t powerful enough for them, so if raw power is your game then you might not take too kindly to this engine. Yet, this engine packs a V-8 punch with inline-six torque. 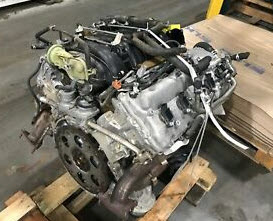 This 5.7L V-8 has been described as giving the big three a run for their money. This engine can achieve a smidge over 400 lb-ft of torque (We may have mentioned this before but yes…good for off-roading). This engine also has a pretty good power-to-weight ratio coupled with good durability. However, you might have to be a bit of an engine nut to already have the knowledge needed to be able to swap this into a project truck, so do your research if you have plans to swap in this engine.

So to conclude, we have taken a short but enlightening journey to discover what is necessary for an engine to be off-road worthy. Also, we have provided you with a few gas and diesel engine specs. All of this combined should give you enough info one needs to make an informed decision. (if you happen to be looking at engines for off-roading that is). If not, then we hope you have either learned something or at least been entertained for a short while.