How (and Why) the 4BT Cummins Is So Popular 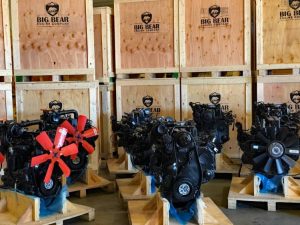 If it fits, it ships—but if it outperforms, outruns, and outlasts everything else at the same time then it’s probably worth having. We’re referring to the 4BT Cummins, of course. With its packageable dimensions, abundance of low-rpm torque, overland-friendly fuel efficiency, and decades-long durability it’s become a household name in the world of engine swaps. Not only does the 4BT sip fuel, but it holds its own off road, doesn’t fuss when it’s being worked, and provides the kind of mechanical simplicity that gearhead purists revel in. The 4BT’s long list of assets far outweigh its cons, hence the 3.9L Cummins’ boundless popularity.

Because this mechanically injected, 8-valve diesel mill is so versatile, it appeals to countless niches within the automotive world. You can find it in the mud, the mountains, at the drag strip, under the hood of show-quality trucks, Jeeps, SUV’s and cars, in commuters, and even working in the fields. We’ve seen the 4BT parked in the engine bay of Ford Rangers, Jeep Wranglers and Willys, square body Chevy’s, GMT800 Tahoes, Land Rovers, F-150’s and Expeditions, Fox-body Mustangs, and we’ve even seen one dropped into a ’69 Camaro. Be it for its physical size, efficiency, off-idle grunt, horsepower potential, reliability, or simplicity, the 4BT is the right fit for all kinds of vehicle applications.

Below, we’ll spell out the distinct traits that continue to keep the 4BT in high demand. 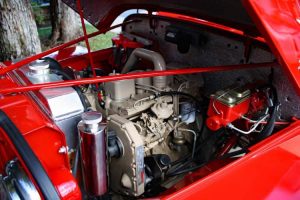 It’s easy to trust an engine that has direct ties to the coveted 6BT Cummins, the nearly indestructible 5.9L I-6 that’s earned a reputation for lasting decades between overhauls. The 4BT shares the same connecting rods, pistons, injectors, and valvetrain components that rarely fail (if ever) on the 6BT, as well as the low-rpm operation that also lends itself to longevity. The prospect of million-mile longevity is a selling point for any automotive hobbyist, but the 4BT may appeal most to off-roaders. This is especially true in the case of overland vehicles, where venturing off the grid for extended periods of time is the norm.

One of the lowest (yet most common) horsepower ratings you’ll find for the 4BT is the rotary-pumped version that left the factory making 105 hp (i.e. CPL 858). However, that 105 hp is accompanied by 265 lb-ft of torque—and it’s available beginning at just 1,600 rpm. This is the kind of low-rpm grunt that rock crawlers crave, but that also makes challenging off-camber sections more navigable and low-speed maneuvering much more enjoyable. Conveniently, the 4BT is most fuel-efficient when rpm is kept at or near the engine speed that produces peak torque output (that same, 1,600 rpm). 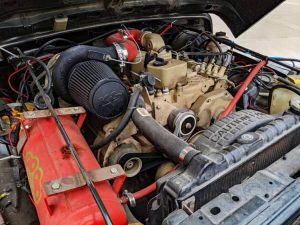 High compression, mechanical (and direct) injection, turbocharging, a straightforward overhead valve design, and the energy density advantage of diesel fuel as a whole all play into the hands of the 4BT’s hard-to-beat fuel efficiency. Its ability to transform virtually any vehicle into an economical driver remains one of its biggest draws in the engine swap segment. When compared to factory gas-powered Wrangler applications for example, MPG figures with a 4BT in the mix typically rise from the mid-teens to the mid-20’s, if not higher. In place of a small-block Chevy V-8 in the same application, mileage can easily double. 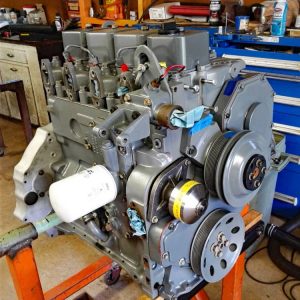 A gear-driven oil pump, camshaft, injection pump, and accessory drive system means no timing belts or chains on the 4BT—thereby meeting the foundational, no-service-required criterion most diesel die-hard’s demand and have come to expect. On top of that, and in addition to its lack of moving parts, the 4BT is virtually absent of electronics. An elementary knowledge of engines, at best, is all that’s required in order to get one to run. Power for the starter, fuel shutoff solenoid and alternator complete the requirements for firing up (and shutting down) a 4BT. 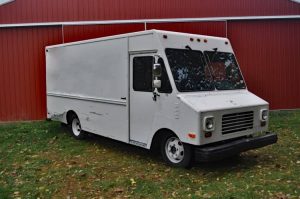 It’s true that a lot of the bread vans that once were a go-to source for 4BT take-out engines have been liquidated, but even though they aren’t as readily available as they were back around the turn of the century, the 4BT can still be found in old skid steers, small backhoes, gen-sets, marine applications, and even street sweepers. And while the 4BT may not be the dirt cheap engine option it used to be, either (due to demand), used-yet-running versions can still be had for between $2,000 and $4,000, while component built 4BT’s—such as the kind we offer at Big Bear Engines—are available for those seeking ultimate peace of mind in their diesel repower. 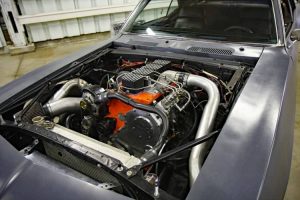 When size and weight is of particular concern in an engine swap project, the 4BT instantly becomes more attractive than its 6BT kin. Often compared to a small-block Chevy (arguably the world’s most popular swap candidate), externally the 4BT is just two inches longer while measuring roughly two inches less in width than the V-8. And even though the 4BT’s height checks in 10-inches taller than the SBC, it stops very few enthusiasts from installing it in lower profile cars (Mustangs, Camaros, even Miatas), midsize pickups (S10’s, Rangers, Dakotas), and Jeep Wranglers of every generation. 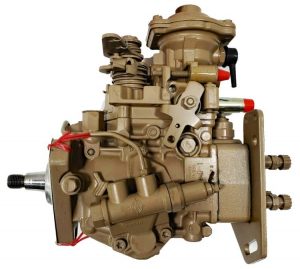 Whether it’s fitted with a rotary, an inline A-series, or the P7100 injection pump, noticeable horsepower can be unlocked through the employment of increased fueling. In rotary pump applications the performance gains won’t be as impressive, but a higher rpm governor spring, maximum fuel screw adjustment, and a modified fuel cone will certainly wake up the 4BT—and it won’t cost you much, either. 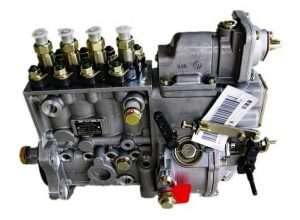 The P7100 is known as the hot-rod pump of the group, capable of accepting the same mods you’ll find in the 6BT world—higher rpm governor springs, AFC and starwheel adjustments, modified fuel plates, an increased rack travel plug. And just like the 6BT, the same forged-steel connecting rods that have proven capable of coping with 1,400 hp or more in motorsport applications are there to handle the punishment. 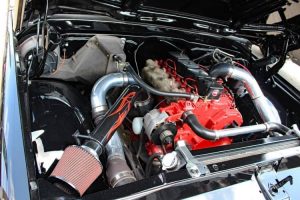 Cummins has never been in the business of building engines for one specific application, so it stands to reason why there were so many different bellhousings available for the 4BT. Thankfully, the diesel aftermarket has long offered adapter plates (and many companies are also capable of producing custom-tailored units) to make your particular engine usable no matter your transmission needs. It’s commonplace to find an NV4500 behind a 4BT Cummins because everything from a 6BT-equipped Ram 2500 or 3500 will swap directly over (flywheel, bellhousing, transmission, even the starter). 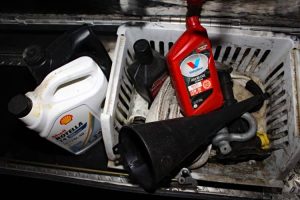 Full disclosure: run your 4BT Cummins on clean, high-quality, properly filtered diesel fuel, always. However, in a pinch (and certainly in an emergency) there are alternative fuel sources you can turn to that will ensure you make it back to camp. The mechanical 4BT—as well as most diesels from the pre-common-rail era—will tolerate engine oil and/or automatic transmission fluid as a fuel source. This is the type of doomsday stuff that isn’t an option for the gasoline crowd, or even the guys that are campaigning modern diesel power plants. When it’s about survival, the durable, dependable, multi-fuel burning 4BT can always get you where you need to be.