How Much Does An 8.3 Cummins Swap Cost? 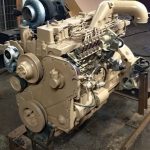 When a dump truck, bus, tractor, or motor home is underpowered or in need of an engine rebuild, one popular medium-duty diesel power plant gets a lot of looks. That engine is the 6CT Cummins, also known as the 6CTA (for aftercooled) or 6CTAA (for air-to-air intercooled). The widely-used, mechanically-injected 8.3L inline-six served in virtually every type of industry from military to fire and refuse trucks to transit buses to fishing trawlers. Regarded as the 5.9L 6BT Cummins’ bigger brother, it gets the nod over its smaller I-6 sibling in a lot of swap projects thanks to its larger displacement and its use of wet sleeve technology. Of course, the simplistic 8.3L’s lack of electronics also makes it a favorite in budget-oriented conversions. But exactly how much does an 8.3 Cummins swap cost?

Unfortunately, that million-dollar question can be answered in about a hundred different ways, depending on what application the 6CT is being installed in. Once it’s determined the 8.3L will fit, will a take-out engine simply be dropped into place or will it be cracked open and overhauled first? Or should you rule out any headaches and start with a fresh, warrantied long-block and be done with it? And what transmission will it be mated to? Long story short, an 8.3L Cummins swap can be pulled off for as little as $3,500. On the other hand, you can easily have $25,000 or more wrapped up in the endeavor. Below, we’ll exhaust all engine options, show you when and where an 8.3L swap makes the most sense, and offer some common real-world examples.

Why The 6CT 8.3L Cummins Is Desirable 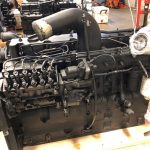 Lack of complex electronics, a million-mile injection pump, simple pop-off style injectors, wet cylinder sleeves that make in-field rebuilds a cinch, and a reputation for durability are all part of the 8.3L Cummins’ allure for swap projects. That, and the fact that the 6CT is still readily available thanks to its vast range of applications over the years. It’s an especially attractive engine option when a 6BT Cummins, T444E Navistar, or 3116 CAT isn’t enough. Though International fans would maintain that the DT466 was the best medium-duty diesel engine ever manufactured, the 8.3L Cummins certainly holds its own. If left at the factory-spec’d horsepower level and treated to regular maintenance, there is absolutely no reason to expect anything less than 500,000 miles out of an 8.3L.

Aged But Still In Demand 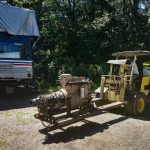 Cummins produced the mechanical 6CT for on-highway use from 1985 to 1998 and, as previously mentioned, supplied its 505 cubic inch I-6 to dozens of OEMs—of which they were used for all sorts of different purposes. Class A motor homes, transit buses, farm tractors and combines, medium-duty trucks such as Ford’s F800 or Freightliner’s FL70 and FL80’s, 5-ton military trucks, gen-sets, snowcats, fire engines, garbage trucks, and even mining and forestry equipment were all privy to 8.3 Cummins power back before the turn of the century. But despite its age, from the auction houses to the salvage yard to eBay the widely-used 6CT can still be found relatively easily. 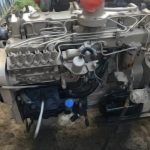 Getting your hands on a take-out 8.3L Cummins isn’t much of a challenge thanks to the Internet, but the difference you’ll pay for a running engine vs. a non-running yet salvageable one can vary considerably. Most as-is, take-out versions run anywhere from $2,500 to 5,000, while engines that ran when parked (or that have been tested, or even mildly inspected) typically range from $5,500 to $6,500, or slightly higher. But just because an engine sells in running condition doesn’t mean it’s perfectly healthy. After all, the service history on a 25 to 35-year-old take-out engine might not exactly be up to date or readily available. 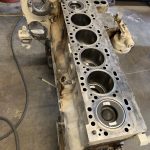 When reliability is key, and with any diesel application it’s usually the number one priority, any used engine should be rebuilt. At the very least, a re-seal should be performed, which for what this process entails would provide you a glimpse inside the engine. Pulling the oil pan and the cylinder head alone can tell you a lot. In the meantime, and knowing that head gasket issues are common on the 8.3L at higher engine hours, the head can be checked for cracks, resurfaced, and also see its valve and valve seats ground, as well as receive new valve guides for added insurance. With the engine semi-disassembled, it’s also an opportune time to have the pump checked out and the injectors bench tested. A reseal job, provided you’re able to handle most of the work yourself (which will call for a spare set of hands and some heavy equipment to move the engine’s pieces around), can save you thousands over what you’ll pay at the dealer or an independent repair shop. 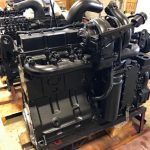 For those not willing to roll the dice on a running take-out engine or DIY-ing a rebuild, various diesel remanufacturing companies can restore an 8.3L Cummins to like-new condition. Among the most reputable of these entities is yours truly, Big Bear Engine Company. By offering two reman options for the 6CT, standard long block, and extended long block, we can accommodate most budgets and horsepower desires. Standard long block rebuilds entail the essential hard parts such as block and head machining, connecting rods, pistons, camshaft, and valvetrain and start at $8,280. Extended long blocks (also known as “component builds”) add a turbocharger, aftercooler, injectors, injection pump, and fuel lines to the mix (among other items) and range from $11,800 for a 240hp 6CTA to $13,500 for a 300hp version of the 6CTAA. A standard, 12-month parts replacement warranty applies to every engine, and 1 or 2-year parts and labor extended warranties are also available. 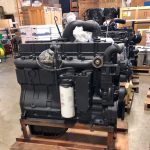 Depending on the nature of a particular 8.3L Cummins swap, scoring a surplus engine could be a viable option as well. Surplus engines, oftentimes found in power generation applications, typically stem from larger-scale operations that either over-bought or changed direction over the course of time, leaving leftover inventory sitting in storage. When companies look to reduce unused inventory, new engines become available by way of auction, dealers, and/or distributors. The key takeaway here is that companies looking to turn assets into cash can be a great way to obtain a new or barely-used engine for a reasonable price. 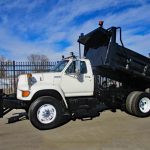 Underpowered commercial applications are a common cause for an 8.3L Cummins swap. Despite its reputation for being a workhorse in the pickup truck segment, the 6BT 5.9L Cummins is often deemed outmatched or sluggish in a medium-duty application. For older F700 and F800 Ford single axle dump trucks such as this, an 8.3L and Allison MD3060 transmission are a common swap combination. This specific swap recipe is popular due to its lack of complexity (namely wiring), although depending on the vehicle it may require motor mount relocation, engine fan repositioning, and other integration modifications. One major benefit of this particular swap is that the 5.9L Cummins, which is highly desirable in the pickup market, can be sold (oftentimes for a pretty penny) to help offset the cost of the 8.3L conversion. 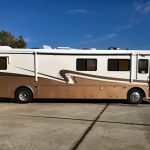 Motor homes and buses represent other popular 8.3L recipients. Either one of these applications operating at its gross vehicle weight rating can be sorely underpowered with the aforementioned 6BT in the equation. Even owners of retired school buses indulge in the occasional 8.3L swap, namely when the 6BT or Navistar T444E just isn’t getting the job done. Transit and tour buses also benefit immensely from the larger displacement (and improved torque) of a 6CT Cummins. Of course, the labor side of an engine swap in these vehicles can become extensive—and expensive if the work is outsourced. Here too, the cost of an 8.3 Cummins swap runs the gamut, from roughly $3,000 to as much as $20,000 or more.

Making The 8.3 Fit And Function 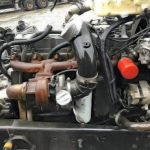 Converting any application to 8.3L Cummins power calls for a bit of homework prior to diving in. First and foremost, will it fit? By the time you’ve acquired a 6CT, you likely know the answer to that question, but little things such as turbo-to-hood clearance, firewall clearance (or lack thereof), and ample room for the engine fan can come as unexpected surprises during the course of fitment. And, depending on the transmission you’ve chosen (preferably one that’s been proven behind the 8.3L’s torque), an adapter plate may be in order to accommodate the engine’s bell housing, be it an SAE #1, SAE #2, or SAE #3 version. In lighter-duty vehicles (namely pickup or Class 4 trucks), chassis, suspension, and even steering reinforcements will need to be factored in as well. After all, the 6CT tips the scales at more than 1,500 pounds dry.

Born Out Of Necessity: An 8.3L-Powered Tow Beast 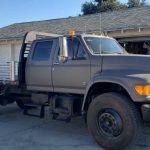 Looking for a non-commercial way to move any load he needed to (yet also not interested in spending $80,000 for a new diesel pickup), the owner of this F800 swapped an 8.3L Cummins in place and never looked back. Backed by an eight-speed Eaton Fuller transmission, the 6CT’s pulling power is never lacking and the truck’s fuel economy rivals that of a late-model ¾-ton to 1-ton diesel pickup. But this unique creation goes beyond the powertrain swap. The four-door cab was robbed from a ’97 F-450 and fitted with a fully-loaded interior, complete with leather seats sourced from a modern GMC Yukon Denali. Early in 2021, with only 32,000 miles on the finished setup, the F800 was listed for sale. The asking price was just $21,000.