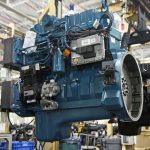 International’s DT466 is world-renowned for its durability, affordability, and simplicity. Development commenced in 1967 and when the DT466 debuted in the early 1970s it was the largest inline-six in the 300/400 series of engines, a family that consisted of 312 cubic inches, 360 ci, 414 ci, 436 ci, and 466 ci I-6 power plants. The goal for the 400 series engines, in particular, was to replace the aged yet highly venerable DT407, which International planned to phase out of production. In virtually every application it was placed in service in, the 407 ci I-6 predecessor had proven near-bulletproof, typically guaranteeing its owner 10,000 loyal operating hours before requiring an overhaul. Needless to say, the 414 ci, 436 ci, and 466 ci power plants had a lot to live up to. Thanks to its simple yet robust construction leading to exceptional durability, half a century later it’s safe to say the DT466 delivered on this promise. 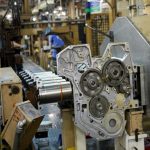 While the DT466 underwent various changes and updates over the years, foundationally much remained the same. A deep-skirt gray-iron block with thick bulkhead sections and seven large main bearing surfaces, a forged-steel crankshaft with induction-hardened journals and fillets, forged-steel connecting rods, six head bolts per cylinder, and of course its wet sleeve technology were all along for the ride during this engine’s incredible 45-year production run. The latter wet-sleeve technology brought heavy-duty durability to the medium-duty diesel segment. With the sleeve’s external surface in constant contact with the engine coolant, consistent heat transfer occurs and the cylinder’s roundness is never compromised. As a bonus, the wet sleeve essentially makes each cylinder a stand-alone unit, which means repairs and rebuilds can be executed affordably and in-frame.

The DT466 Becomes The MaxxForce DT 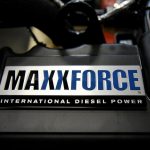 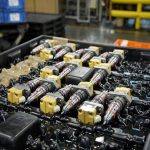 All versions of the DT466 and MaxxForce DT are four-stroke in design and make use of direct injection. However, mechanical direct injection—via either rotary injection pump or inline injection pump, and pop-off style injectors—was used exclusively from 1971 through 1994, and mechanical injection survived until 1997 in some applications. But to meet the stricter EPA emissions standards that had gone into effect in 1994, International switched the bulk of its on-road DT466 engines over to the Caterpillar-designed HEUI injection system in 1995 (the HEUI acronym representing hydraulically actuated, electronic controlled unit injector). At this point, the engine was renamed the DT466E (E for electronic). Beginning in 2004, what is known as International’s electro-hydraulic G2 injection system replaced the original HEUI system. To be sure, the G2 system still utilized an HEUI-style injector as well as a high-pressure oil pump, but due to HEUI being a trademark of Caterpillar (and the G2 system’s components not being based on Caterpillar’s exact design) the G2 naming system came to be. 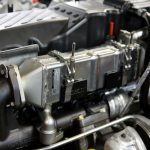 The emissions crunch that began around the turn of the century had a direct effect on the DT466 engine. It had already been fitted with exhaust gas recirculation (EGR) to help curb NOx emissions in 2004 (along with an EVRT turbocharger), but by the time the switchover to the MaxxForce DT occurred a diesel particulate filter (DPF) was necessary. Even though the higher injection pressures the G2 fuel system provided helped to quell much of the MaxxForce DT’s in-cylinder particular matter production, the DPF became standard equipment nevertheless. And International’s decision to meet more stringent NOx emissions by forgoing the use of selective catalytic reduction (SCR) unfortunately led to a myriad of EGR-related issues in the final years of MaxxForce DT production. 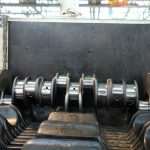 The physical makeup of the DT466 and MaxxForce DT engines is simple yet burly in virtually every way. That said, they do have their fair share of problems, most of which primarily surface with age, neglect, or abuse. By the same token, every engine has its natural quirks. Be they operator-induced, common with age, or simply the nature of the beast, the DT466 and MaxxForce DT’s most concerning weak links are listed below. 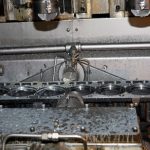 If a customer is unfortunate enough to witness a serious internal engine failure but at the same time is fortunate in that many of the engine’s external components can be reused, a remanufactured DT466 long block is a great option. Coincidentally, a reman long block is about as feasible as replacing a DT466 gets.

To accomplish this, our team of machinists and engine builders perform a full core tear down, cleaning, and inspection and also handle all machining of the engine before it leaves our facility. This process guarantees each engine leaves our care in perfect running condition every time.

Of crucial note in the DT466 reman process is the fact that all of our long blocks are built with a mixture of both remanufactured and new parts. We do not recondition or refurbish old engine parts. Instead, we comprehensively rebuild your old DT466 back to OEM specs. 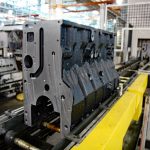 In an effort to avoid the early termination of both parts and the engine itself, we remove all impurities by stripping the block, head, rods, and camshaft, which are subjected to extensive, meticulous cleaning in a chemical jet wash or hot tank. 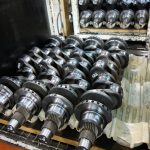 Factory DT466 crankshafts are precision machined to exact tolerances, polished (for reduced bearing and oil resistance), and magnafluxed (to check for cracks). After that, the crankshaft is thoroughly inspected by our quality control department. 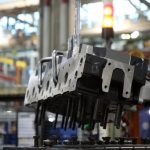 To both guarantee a proper sealing surface with the block and achieve a finish that is compatible with the latest gasket materials, each cylinder head is resurfaced after passing inspection. Valve height is mic’d and each head is vacuum-tested to ensure precise valve sealing. 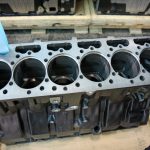 Each block is carefully inspected for cracks or other signs of damage. To eliminate distortion once the cylinder head is fastened to the block, the cylinders are bored and honed to precise tolerances. This process drastically reduces the causes of engine blow-by. All block surfaces are machined and then inspected to achieve a proper finish.

Camshafts are inspected and precisely machined to ensure they provide the correct lift. Lobes are measured with a micrometer to make certain that all OEM tolerances are met. 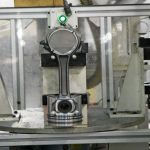 New bushings are installed and machined in all bushed connecting rods. Each rod is also carefully analyzed for signs of bending and/or twisting. From there, the connecting rods are cleaned and then machined to OEM specs. That process is followed by the rods being honed to their usual diameter of original equipment, which provides for an even distribution of stress across the bearings. 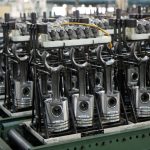 Fresh pistons and rings, bearings, wet sleeves, gaskets, and seals come standard on all reman DT466 long blocks. These brand-new parts ensure dependable performance and reliability throughout the life of the engine. The new parts employed in a Big Bear long block are a combination of OEM and aftermarket components. 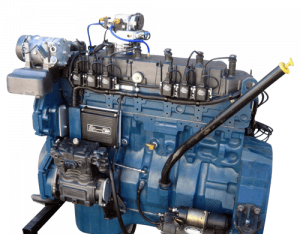 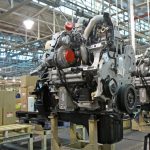 In addition, wearable parts are replaced in every engine. All DT466 core material is inspected and examined against the original specifications to certify correct dimensional tolerances. After all, the goal of remanufacturing an engine is to make it as close to new as possible. Alternate parts are either new or requalified. If new, the parts are produced using the exact same manufacturing process employed for the original engine. Testing is also performed according to manufacturer specs and original production standards.

Note: We can provide a new oil pump, oil cooler, water pump, turbo, injectors, and fuel pump for an additional cost, but these components will not come assembled to the engine.

**More than 2 million DT466 and MaxxForce DT engines were built during its 45-year production run.

**2015 was the final production year for the MaxxForce DT