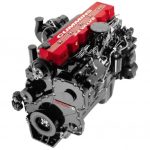 In the long and storied history of Cummins engine lineage, it doesn’t get much more legendary than the 8.3L platform. What began as the 6CT 8.3L and then transformed into the electronically controlled, CAPS-fueled ISC 8.3L, followed by the high-pressure common-rail (HPCR) ISC 8.3L yielded three decades of one of the most durable medium-duty diesel power plants ever produced. Used in everything from school buses to excavators (known as the QSC 8.3L in off-highway applications), and gen-sets to dump trucks to motorhomes, the 8.3L Cummins continues to enjoy a reputation for reliability, longevity, sufficient power, and ease of serviceability. Here, we’re highlighting the ISC 8.3L Cummins, an engine that replaced the mechanical 6CT with an electronically controlled injection system and cleaner emissions. It’s an engine that is much-celebrated in the motorhome segment, and one that continues to power countless RV’s down the road today. 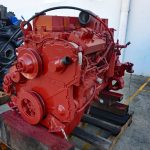 If you’re familiar with the story of how Cummins replaced the 6BT 5.9L with the ISB 5.9L, the story between the 6CT and ISC 8.3L will definitely rhyme. The 6CT to ISC changeover took place during the same period and many of the same technologies were implemented. For starters, the ISC was treated to a stiffer block with integrated fluid lines rather than utilizing external, wear-prone hoses. The ISC gained a 24-valve cylinder head for improved airflow which, ultimately, increased horsepower and torque. The vertically mounted injectors were also centered directly above the piston to help improve combustion and low-end torque, and they were positioned over pistons that were treated to revised bowls to further optimize combustion. And mirroring what had happened with the smaller, B-series variant, the Interact System (the IS in ISB and/or ISC), where full-authority and fully customizable electronics were on board, was implemented. Unlike the 5.9L inline mills but just like the 6CT, the ISC retained the use of mid-stop, wet cylinder liners. Then there was the CAPS injection system… 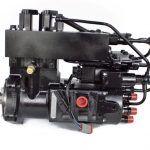 Just as with any on-highway diesel engine produced around the turn of the century, the ISC Cummins was designed to meet the pending, more stringent emissions regulations that were on the horizon. Precise control over fuel injection events, and in particular being able to control them independently of engine speed, is a major part of meeting those standards, and the Cummins Accumulator Pump System (CAPS) allowed Cummins to do it. The CAPS system, which was patented by Cummins, is based around the use of a computer-controlled, distributor-style injection pump with individual injection lines spanning from the pump to each injector. The pump is capable of producing injection pressure as high as 1,200 bar (roughly 17,400 psi), which it sends to the injectors. The CAPS pump is supplied low-pressure fuel via a lift pump. 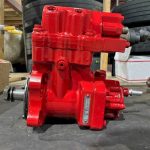 Once again, if you’re familiar with the ISC’s little cousin—which in this case is the ’03-’07 5.9L Cummins 24-valve common-rail engine—then you know where the story was headed in 2003. While engines utilizing the original CAPS system weren’t phased out completely until 2005, beginning in 2003 the ISC was equipped with high-pressure common-rail injection. With EPA regulations calling for a 90-percent reduction in particulate matter (PM) output by 2007, Cummins (like many manufacturers) knew the most effective way to achieve it was through the use of a high-pressure common-rail. The system could build injection pressure in excess of 29,000 psi, and its quick-reacting, solenoid-activated injectors could carry out multiple injection events per combustion cycle—ideal for quelling engine noise, lowering emissions, and making more than adequate horsepower and torque. 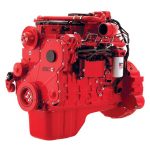 As the noose tightened around diesel emissions, Cummins added a host of new technologies to the ISC in 2007. High-pressure common-rail would remain, but in order to help meet the 2007 PM standard of 0.1 g/bhp-hr, a diesel particulate filter (DPF) was brought into the equation, along with a variable geometry turbocharger, the Holset HE431VE. A quicker-spooling turbo decreases an engine’s ability to fall “under the turbo,” where excessive PM is often produced. Regeneration cycles, whereby the exhaust gas temperature is deliberately increased in order to convert the soot in the DPF into a fine ash, were part of the DPF system’s functionality. To help curb NOx, an integrated, cooled exhaust gas recirculation (EGR) system was introduced. 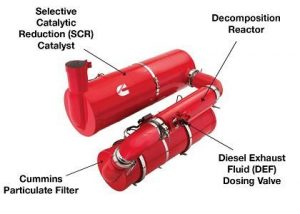 By 2010, selective catalytic reduction (SCR) was added to the ISC Cummins and, because SCR and EGR work together to decrease NOx, life was made easier on the EGR system. The SCR technology called for a NOx catalyst, a decomposition reactor, the use of diesel exhaust fluid (DEF), and a DEF dosing valve. All told, the exhaust aftertreatment system included on’10-later ISC engines added 200 pounds of heft to the overall engine package. However, thanks to the high efficiency of its well-engineered emissions system, Cummins was still able to maintain the industry-best fuel economy. DEF usage accounted for roughly just 2-to-3 percent of fuel consumption. 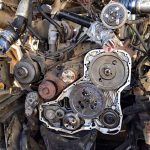 In the motorhome, school bus, and the medium-duty truck world, the ISC 8.3L Cummins is virtually unkillable and enjoys a stellar reputation for reliability and durability. Out in the field (think combine), the water, or while performing power generation duties, where high rpm and extreme load is the majority of an engine’s workday, the ISCs tend to have issues as the hours rack up—the biggest of which is cracked blocks. It is in this environment where a head gasket failure is more common as well, typically with higher hours and age. In both on-highway and off-highway applications, CAPS pump failure (typically due to heat soak or a lack of fuel supply pressure) and especially lift pump failure is common. And, as is par for the course for most modern diesel engines, emissions system problems are intermittent on ’07-later models. 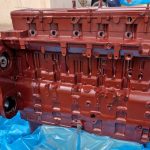 If a customer’s ISC Cummins is unfortunate enough to suffer a serious internal engine failure but at the same time is fortunate in that many of the engine’s external components can be reused, a remanufactured ISC long block is a great solution. Coincidentally, a reman long block is about as financially feasible as replacing an ISC engine gets.

To accomplish this, our team of machinists and engine builders perform a full core tear down, cleaning, and inspection and also handle all machining of the ISC before it leaves our care. This process guarantees that each engine leaves the Big Bear Engine facility in perfect running condition every time.

Of crucial note in the ISC 8.3L reman process is that all of our long blocks are built with a mixture of both remanufactured and new parts. We do not recondition or refurbish old engine parts. Instead, we comprehensively rebuild your ISC back to OEM Cummins specs. 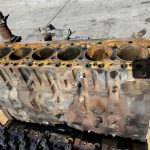 In an effort to avoid the early termination of both parts and the engine itself, we remove all impurities by stripping the block, head, rods, and camshaft, which are subjected to an extensive and meticulous cleaning process in a chemical jet wash or hot tank. 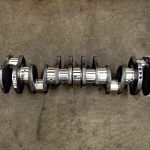 Factory ISC crankshafts are precision machined to exact tolerances, polished (for reduced bearing and oil resistance) and magnafluxed (to check for cracks). After that, the crankshaft is inspected by our quality control department. 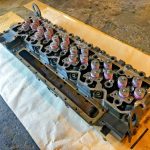 To both guarantee a proper sealing surface with the cylinder block and achieve a finish that is compatible with the latest gasket materials, each cylinder head is resurfaced after passing initial inspection. Valve height is mic’d and each head is vacuum-tested to ensure precise valve sealing is present. 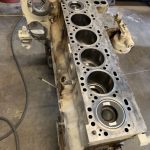 Each ISC block is carefully inspected for cracks or other signs of damage. To eliminate distortion once the cylinder head is

fastened to the block, the cylinders are bored and honed to precise tolerances. This process reduces the causes of engine blow-by considerably. All block surfaces are machined and then inspected to achieve a perfect finish. 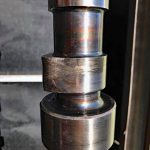 Each ISC Cummins camshaft is inspected and precisely machined to ensure it provides the correct lift. Lobes are also measured with a micrometer to make certain that all OEM tolerances are met. 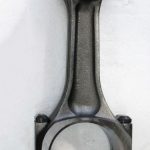 Each connecting rod is also carefully analyzed for signs of bending and/or twisting. From there, ISC rods are cleaned and then machined to OEM specifications. That process is followed by each unit being honed to their usual diameter of original equipment, which provides for even distribution of stress across the rod bearings. 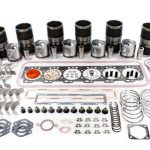 Fresh pistons and rings, bearings, wet sleeves, gaskets, and seals come standard on all reman ISC Cummins long blocks. These brand-new parts ensure dependable performance and reliability throughout the life of the engine. The new parts employed in a Big Bear long block are a combination of OEM and aftermarket components. 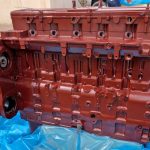 In addition, wearable parts are replaced in every single engine. All ISC core material is inspected and examined against the original specifications to certify correct dimensional tolerances. In the end, the goal of remanufacturing an engine is to restore it to a state that is as close to new as possible. Alternate parts are either new or requalified, and if new the parts are produced using the exact same manufacturing process employed on the original engine. All testing is performed according to manufacturer specs and original production standards.

Note: We can provide a new oil pump, water pump, turbo, injectors, and fuel pump for an additional cost, but these components will not come assembled to the engine.