Well Hot Dog! News broke recently that a new flagship pickup concept known as the Jeep Wrangler "Scrambler" will finally be introduced to the North American Market. The guys over at Chrysler are pulling some concepts straight from Jeep's 1950s Military M37 Days. It’s been over 4 years of rumors but more and more info is being leaked about the upcoming design.

One of the most respected Jeep Forums on the web, JeepScramblerForum.com have their collective fingers on the pulse of everything Scrambler related. Recently, their team of insiders have created some initial schematics of what the 2019 Jeep JL Wrangler Pickup will look like. The photos below are based on some leaked images of prototypes, CAD drawings and word of mouth from the engineers on the project.

Hopefully 2019 will finally be the year Chrysler releases this puppy to and eagerly awaiting public. The wait has been a long one for Jeep fans. In 2015, Chrysler (Fiat Chrysler Automotive, AKA: FCA) officially announced they were building a Wrangler Pickup. The collective public’s jaws just dropped at the news. In 2016, the company introduced glimpses of the Scrambler in production however the vehicle was cloaked in black only revealing the outline. Anticipation is everything isn’t it?! Then in 2017, we finally got some actual candid photographs of what the concept will look like. Apparently, some James Bond Spy like shots were leaked of the Scrambler on the road as well as towing a full load. These renderings, featured below, are believed to be pretty spot on in comparison to the leaked photos from last year. We are just about as excited as a 6 year old on Christmas Eve! We’ll keep you posted when more news of the Scrambler is released but we can just imagine a 4BT in this and salivate like a dog on a dinner date. 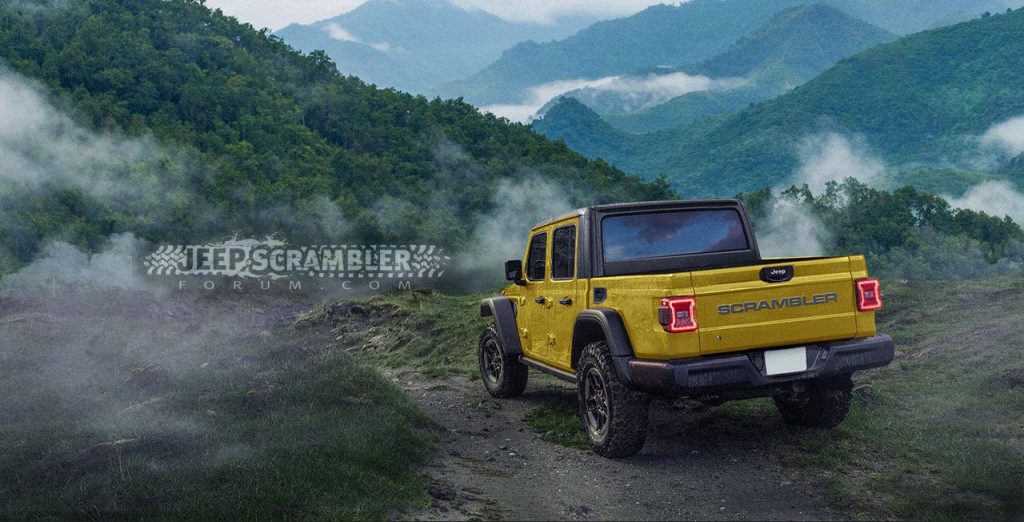