Outer Limits: How Much Horsepower Can You Make With The 4BT Cummins?

Thanks to sharing much of its mechanical makeup and even some of the exact same hard-parts with its big brother, the 6BT, the 4BT Cummins can support a substantial amount of horsepower. Exactly how much remains to be seen, as specific parts combinations vary from application to application. However, we can unequivocally say that for embarking on an all-out horsepower effort with the 4BT, everything starts with the injection pump—and there is no debate as to which pump you need. It has to be the Bosch P7100. No, not the single plunger VE rotary and no, not even the A-series pump. Of course, you’ll need more than simply the right injection pump, but like the 6BT, everything revolves around the “P-pump.”

In our experience, the 4BT’s stock rotating assembly—which was only subjected to 105 hp in factory form—can handle up to 400 horsepower and 800 lb-ft of torque without breaking a sweat. In more serious builds, we’ve seen balanced and blueprinted 4BT’s with lowered compression, head work, head studs, properly spec’d turbochargers, and the right fueling modifications live just fine at more than 700 hp. For two examples of the latter and one of the former, we’re bringing three high horsepower 4BT builds to life below. These real-world applications, each one being specifically built to handle its own unique task, never skip a beat—whether they’re at the track, blasting through the mud, or hauling hay. 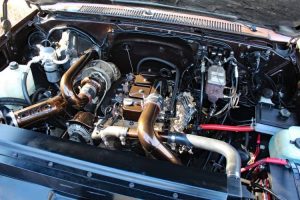 When your love for square body Chevy’s runs deep but you’ve got a lot of work to do on the family farm, a 4BT swap makes perfect sense. After this Missouri-based ‘85 Bow Tie spent some time at LinCo Diesel Performance, the compound turbocharged 4BT-equipped farmhand makes more than 400 horsepower. It also performs its towing and hauling duties with ease thanks to being specifically built to run cool under load. The combination of a Holset HX25 (the factory 4BT turbo) over a BorgWarner-based S363 from Stainless Diesel, and a sizeable second-generation Dodge intercooler help ensure EGT never crests 1,100 degrees F. Of course, registering 70-psi on the boost gauge is always possible between chores… 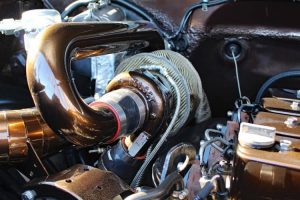 In case you were wondering why compound turbocharging is so common in the world of high horsepower 4BT’s, it boils down to its lack of displacement. While big brother 6BT can bring a larger single turbo to life in a reasonable manner, its 359 cubic inches plays a big part in it. The 4BT, with its much smaller, 239 ci displacement, lacks the same off-idle torque that helps the 6BT spool a larger turbo. Mild head porting and larger valves can greatly improve spool up on a large single turbo 4BT, but if that work hasn’t been performed and the owner is pursuing big horsepower then compound turbocharging is the only productive way to achieve sufficient low-rpm drivability. 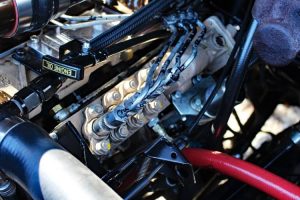 Surprise, surprise, a Bosch P7100 fuels the square body Chevy mentioned above, but it’s not your ordinary 4BT P-pump. Built and benched by Northeast Diesel Service, it’s about as radical as a streetable P7100 gets and flows 425cc’s of fuel—which is a lot when you consider the 6BT’s factory P7100 flowed just 135 to 180cc’s, depending on the model. The worked over 12mm pump features fresh plungers and barrels, a high-rpm governor spring kit, a few degrees of timing advancement, and has been paired with a set of larger, 5-hole nozzle injectors. 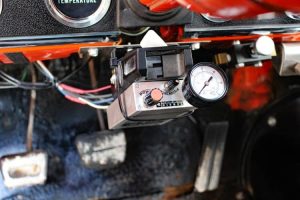 This is one aftermarket component that works wonders for the P-pumped 12-valve 6BT and that can be directly applied to 4BT applications. It’s called AFC Live and it offers in-cab fueling control over the P7100. Specifically, the fuel rate knob (on the right, next to the fuel pressure gauge) affords you the ability to change the pump’s fuel rate (via rack travel) on-the-fly, which means you can control smoke output and custom-tailor your fuel curve to match your turbocharger(s) performance. The fuel control knob (left) is a great tool for controlling EGT. 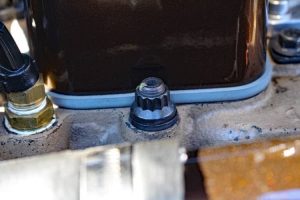 Six head bolts per cylinder is nice, but once elevated boost and cylinder pressure are part of the equation further reinforcement is necessary to guard against a blown head gasket. Here, you can see that the head bolts on this 4BT have been replaced with studs, in particular the studs, nuts, and washers offered by ARP (PN 247-4206). The compound turbo setup on the aforementioned square body Chevy makes 70-psi of boost, which means the engine is borderline in-need of fire-rings or O-rings to help ensure combustion is always contained. 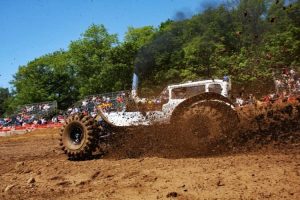 One of the more extreme 4BT Cummins builds could be found in the mud pit. South Bend Clutch assembled this ’32 Ford Victoria with the goal of going head-to-head with the big-block gasoline competition. Thanks to its balanced and blueprinted, low-compression engine, heavy fueling, and compound turbocharger configuration, it definitely held its own. Rumor has it that the 4BT belted out a little over 700 horsepower on fuel, and much more than that on nitrous—which must’ve been accurate for the buggy to run neck-and-neck with the kind of fierce V-8 competition it encountered every weekend. The company has since retired its mud-blasting buggy, but it remains one of the most popular higher horsepower 4BT Cummins applications ever pieced together. 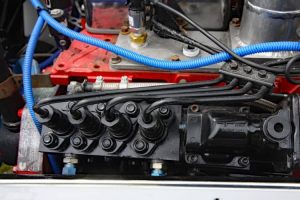 The P7100 that fueled the ’32 Victoria represented the quintessential hot-rod pump. Spending time at Northeast Diesel Service, the 12mm P7100 was transformed into a competition-ready P-pump, complete with 13mm plungers, high-rev governor springs, and the ability to fuel beyond 5,000 rpm. Oversized injection lines supplied excess fuel volume to the high-pressure injectors positioned above each piston. The injectors themselves were equipped with 5 x 0.025-inch nozzles, a nozzle size you will typically only find on a 1,500hp 6BT. 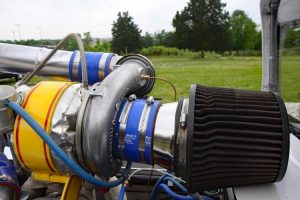 Boost production for the mud buggy began with a Garrett K31, a turbo which left the assembly line with a 71mm inducer compressor wheel. The second stage of compression took place by way of a Holset HX40 (a 60mm turbo originally found on the 8.3L 6CT Cummins) bolted to the exhaust manifold. To keep boost from sky-rocketing, especially with a load of nitrous oxide in the mix, peak boost was limited by externally wastegating each turbocharger. 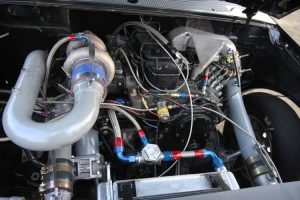 Years ago, when diesel drag racing was beginning to pick up steam, Wayne Robbins decided to campaign something unique in a world dominated by the 5.9L Cummins. His lightweight Ford Ranger was powered by a 4BT and he swung for the fences. Built for utmost strength and longevity at TFS Performance, the engine’s main bearing saddles and caps were line-bored, the crankshaft was balanced, and the block was bored with a torque plate installed. The rest of the no-frills 4BT build entailed 11:1 compression Arias pistons, a custom roller cam from Scheid Diesel, 9/16-inch head studs, and a cylinder head benefitting from oversized valves. The original BorgWarner S200 over S300 compound turbo arrangement yielded 707 horsepower on the dyno, but later on an S300/S400 upsizing uncorked the 4BT to the tune of 824 horsepower (along with 1,267 lb-ft of torque). 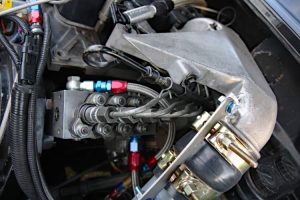 In order to support north of 800 horsepower, Robbins had Shiver Diesel set up the P7100. Coined the “mini monster,” its maximum flow checked in at a whopping 750cc’s and—as was evident from the truck’s 5,300-rpm shifts—full fueling was available well past 5,000 rpm. Competition injectors with dual-feed bodies took care of in-cylinder fuel distribution. Also notice the steel bar linking the intake elbow to the cold-side intercooler pipe. This is called an intercooler strap and it’s designed to ensure the intake elbow and charge pipe never separate. Trust us, with 100-psi of boost on tap on fuel alone and 140-psi of boost on nitrous, an intercooler strap wasn’t a suggestion, but rather a mandatory addition. 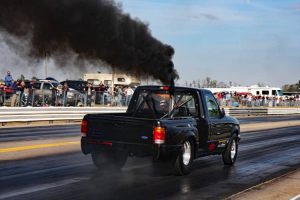 Back-halved, lowered, and graced with a Moser 9-inch and slicks, Robbins’ 4BT-powered ’98 Ranger dipped into the 9’s in the quarter-mile. While a few knick-knack issues surfaced with the truck, none of them were engine-related. The 4BT proved durable—even under triple-digit boost pressure. Robbins’ Ranger remains one of the best examples of just how far the 4BT platform can be pushed.