The True Cost Of A Cummins Swap 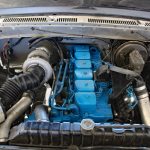 For truck lovers, off-roaders, sled pullers, drag racers, and rat-rod builders alike, there is an undeniable glamor factor associated with a Cummins swap. Whether it’s a 4BT, 6BT, or a late-model common-rail engine, the promise of improved fuel efficiency, endless low-end torque, and million-mile durability is the ultimate selling point. Add in the fact that you can easily double the engine’s horsepower rating without sacrificing reliability and the prospect of a Cummins conversion becomes almost irresistible. But just because these inline-style diesel mills are popular doesn’t necessarily mean they’re readily available, cheap to buy, or easy to integrate into a vehicle.

The truth is that a Cummins engine, of any variety, isn’t exactly cheap anymore—and dropping one into a vehicle is anything but a plug-and-play process. If you’re performing a DIY swap on your own terms, you’ll need plenty of time. If you’re paying a shop to do it for you, you’ll likely have to come up with more funds than you initially budgeted. Tighter budgets will require resourcefulness, such as looking into a wrecked Dodge Ram, an older medium-duty truck, or even a used gen-set to track down the Cummins of your choice. You’ll also want to keep your pulse on the local salvage yard, Marketplace, or eBay for all the supporting parts you’ll need.

Regardless of budget, it’s typically the little things that add up during the course of a Cummins conversion. Engine mounts, the correct adapter plate, flexplate, transmission, wiring, throttle pedal bracket, alternator bracket, driveshaft shortening, and all the other tasks (and costs) associated with the swap tend to pile up quickly. To give you a better understanding of the true cost of performing a Cummins swap, below we’re highlighting the ins and outs of what it will take. Don’t be discouraged. Be prepared! 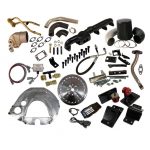 Your specific parts list may vary depending on which Cummins power plant you choose, but this is the general gist of it (photo courtesy of Diesel Conversion Specialists). First and foremost is the appropriate adapter plate and flex plate (or clutch if you’re sticking with a manual transmission), along with the correct motor mounts for your engine. A conversion engine harness or the proper aftermarket module to allow for communication between the engine and transmission, or to allow for the vehicle’s factory gauge cluster to remain functional will likely be on the table, along with countless miscellaneous items. The right, all-inclusive aftermarket conversion kit for your needs can run you anywhere from $3,000 to $6,000.

The Most Cost-Effective Path (6BT Cummins) 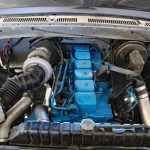 It’s no surprise that keeping things simple lends itself to a friendlier overall cost. Opting for the tried and true, mechanically injected 6BT 12-valve 5.9L Cummins (whether it be a VE-pumped or P-pumped version) limits the amount of electronic hurdles you’ll have to conquer while providing rock-solid reliability. But beyond the simplicity of the 6BT Cummins, opting for a manual transmission to go along with it further removes complexity. Using the example of dropping a 12-valve into an ’08-’10 Ford Super Duty that left the factory with a ZF-6 gearbox, you’ll need nothing more than a throttle cable, shut-off solenoid (if desired), an adapter plate, and a clutch. If the factory Ford 5R110 TorqShift is retained, a stand-alone transmission controller is a requirement, along with a torque converter well-suited to the Cummins. The cost of 12-valve swapping an ’08-’10 Super Duty? Between $12,000 to $15,000 depending on the independent shop you enlist help from.

The integration costs associated with the 4BT Cummins mirror what you’ll find with the 6BT, but a 4BT packs an additional advantage. Its shorter length means it can be dropped into vehicles with smaller engine bays. This means you’ll have plenty of room for the radiator, fan, and fan shroud you need to keep your workhorse running cool. And don’t forget that the 4BT is roughly 300 pounds lighter than the 6BT, which means it won’t wear out the moderately-sized front axles and light-duty suspension systems found under smaller swap candidates like Jeep Wranglers, Ford Rangers, and Toyotas. 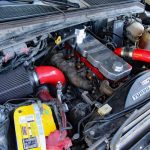 Cleaner emissions, full electronic control, and better NVH make the common-rail variants of both the 5.9L and 6.7L Cummins mills attractive to many potential swap customers. However, with added electronics comes the need for more enhanced communication between operating systems, and the high-tech, high-pressure injection system that’s employed on ’03-newer Cummins engines is anything but simple (or low-buck) when compared to the mechanical 6BT. Some of the added cost involved with performing a common-rail Cummins conversion depends on the price you pay for the donor engine (which can range anywhere from $2,000 to $8,000), and some of it also depends on the transmission you choose. It’s not uncommon for a common-rail Cummins swap performed on a late-model Ford Super Duty (’03-‘10) to run between $20,000 to $25,000.

The Swap Everyone Wants…Until They Receive The Quote 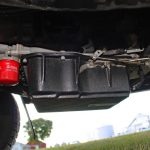 For many folks in the diesel truck realm, a common-rail Cummins engine paired with an Allison transmission is the end-all, be-all. It’s also often said that the latter combination housed in a Ford Super Duty is the best of all worlds. However, making them all play nicely together in the real world is a different story. This specific conversion is perhaps the most expensive (think $30,000 to start) and complicated to perform, the primary reason being that Cummins and Allison can’t communicate with each other. Getting the two lined out in a Super Duty truck—with the factory Ford PCM, the Allison’s TCM, and the Cummins all on board—can take a considerable amount of time and effort. Add to that the fact that a factory Allison 1000 will struggle to efficiently harness the Cummins’ low-end torque without being beefed up and you begin to see why the Cummins/Allison swap is fairly rare. The best compromise here is to trade in the Allison idea for a reinforced Chrysler 48RE, which has been proven to hold big power with the right aftermarket parts resting inside its case.

It’s The Little Things That Add Up 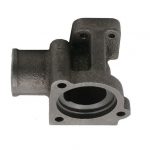 In every swap project, nothing is cut and dry. The cost of miscellaneous parts that you’ll have to track down throughout the process can add up over time. For instance, a 12-valve 5.9L Cummins sourced from an F600 will have a different water inlet manifold than one installed in a Dodge Ram, so you’ll have the added task of finding the right one (along with the correct thermostat housing). When using an ’06 or ’07 model year 5.9L common-rail Cummins out of a Ram 2500 or 3500 (a popular choice in the engine due to its lack of emissions control equipment), you often have to source an ’03 or ’04 model year bell crank, which is neither easy to find nor cheap. Other common end-user responsibilities entail piecing together an air intake, modifying (or blending) the engine harness to make everything function in the gauge cluster, relocating the passenger battery to the driver side of the engine bay (especially on Ford trucks), and replacing the leak-prone Cummins vacuum/power steering pump with a quality gear-driven power steering unit (in 12-valve applications).

Advice For Having An Independent Shop Perform Your Cummins Swap 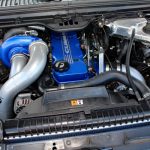 Do your own research. Know exactly which route you want to go, be it a 12-valve 5.9L Cummins and 47RH transmission combo, a 4BT/NV4500 arrangement, or a common-rail 6.7L and Ford TorqShift setup. Then, before you buy any parts, the engine, transmission, or even the whole donor truck, pick the brain of the shop you’re going to give your business to and run your ideal engine and transmission combination by them first. And don’t be afraid to ask them how many Cummins swaps they’ve completed in the past, or ask to see a few examples of their work. If a shop doesn’t have Cummins swap experience, from head to toe, they may be learning as they go—and doing so at your expense.

Advice For Performing Your Own Cummins Swap

Undertaking a Cummins conversion project on your own isn’t for the faint of heart. It’s always more time-consuming than it appears to be on the surface, and even a well-trained mechanic could have 100 man-hours in a “simple” 12-valve swap. Our best advice for the novice wrencher and anyone unfamiliar with vehicle electronics is to stick with a 12-valve 6BT or 4BT Cummins engine and a manual transmission. In addition to keeping costs down, it’s the most probable way to end up with a reliable vehicle.

Shop-Built Or DIY, Source Your Own Engine—And Don’t Rule Out A Donor Truck 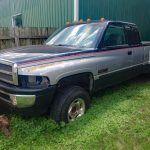 After researching everything you’ll need, locate an engine, transmission, and possibly even an entire donor truck. Otherwise (if you go the shop route), you’ll be paying someone else to handle this part for you. Even with the used car market on fire at the present time, wrecked Dodge trucks can still be had for between $3,000 and $15,000 depending on the model year. With that, you get the engine, transmission, wiring, and possibly even some of the running gear you’ll need for your swap project. And when the build is complete, some of the costs can be offset by parting out what’s left of the donor. On the other side of the coin, frequent Cummins-swap recipient trucks such as ’03-’10 Fords can be found, many times fully-loaded, with blown engines for bargain prices (think $5,000 to $8,000).

Gamble Nothing—Get Your Cummins A Clean Bill Of Health 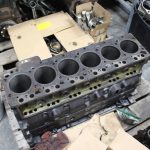 Regardless of engine condition, it behooves you to start fresh. At the very least, take a peek inside your Cummins and perform a full reseal. If you fail to ensure the engine is 100-percent healthy, you might be pulling the hulking hunk of iron back out of the engine bay in short order. A failed piston cooling nozzle, warped cylinder head, bad injector, or damaged cylinder can easily be masked or not disclosed to you during the purchase of your engine. Best to begin anew. After all, you’ve likely chosen to pursue a Cummins swap due to its distinguished reputation for reliability. A full once-over or repair now can save you thousands later.