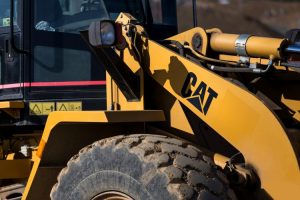 Everyone has heard of Caterpillar (CAT) engines, whether you’re an engine enthusiast or just an average joe. If you haven’t heard of them, you’ll likely recognize their logo at the very least. Cat or Caterpillar Inc. is a renowned engine manufacturer that has been around since 1925. Cat and their founding fathers have a remarkable past, that has only contributed to the engineering excellence that you see them maintain today. Having survived and supported both world wars to surviving the many emission standards thrown their way, Cat has seemingly come out the other side unscathed. Like all manufacturers, Cat has their good and bad engines, which will differ depending on who you talk to. Regardless, they have certainly produced some masterpieces that have shaped the aided many industries around the world. With this in mind, we have rounded up and listed Cat’s top 10 engines to date.

The Cat 3116 is a turbocharged diesel engine predominantly used in a marine setting. The 3116 can manage about 205hp at around 2,400 rpm and 350hp at 2800 RPM. You will see the 3116 as the sole power unit but also working in tandem with another in powerboats mostly. Not only a good engine in its own right, but the 3116 heavily inspired the 3126 which then evolved to be the C7 in 2003. The 3116 is compatible with numerous Cat marine transmissions enabling a range of differing accelerations to be chosen from.

The problems with this engine became well known over time due to their weak top end. Additionally, the block was a dry sleeve, so if machining was required the whole engine would have to be removed and taken apart. Some claim it is an utter mystery why they would build an engine without wet sleeves, while others claimed it was because Cat did not pre-empt these kinds of failures occurring.

Many pre-empted the release of the C7, there was a lot of excitement prior to its debut as people needed a decent engine that adhered to the emission requirements implemented by the EPA. It was hoped to be the engine to have out of Cats portfolio, an engine with plenty of horsepower and computer-controlled clean emissions. The C7 was in production from 2003 – 2009 and saw service mostly in over-the-road medium-duty trucks. Due to the excitement, the engine was quickly snatched up by big trucking companies hence its popularity.

Unfortunately, the C7 had problems just like any other engine, which ultimately lead to Cat’s withdrawal from producing over-the-road diesel engines. Cat simply felt that constantly having to adapt to the emission requirements was not worth the time or money and ceased production of these types of engines in 2010.

The Cat 3408 is a popular diesel internal combustion engine that is capable of producing a good amount of power. Comprised of 8-cylinders this bad boy can put out anything between 440 and 520hp while generating up to 266kw of electrical power. The reason many of these 10 engines have made it onto this list isn’t because of new technology, but because they are built to last a long time without sacrificing performance. The 3408 isn’t any different, with a life expectancy of over 16,000 operating hours which equates to around two years. The 3408 marine engine also has the added benefit of Cat continuing to produce OEM parts. With plenty of power and plenty of life, this engine has been a good investment for many.

Cat first began to produce the C15 in 1999 which were known as good reliable engines from the get-go. The early C15 consisted of only one turbocharger and was considerably lighter than its predecessor the 3406E. The C15 was intended to be an improved version of the 3406E to which a lot of parts are interchangeable. Despite sharing some commonalities, there are some notable differences between the C15 and 3406E. For one, the C15 will experience a lot less oil seepage while also having relief slots located at the bottom of the cylinder head to prevent the head gaskets from being crushed.

Unfortunately, the innovative relief slots caused a bit of trouble as many would notice the head gaskets would fail more frequently since their launch. Another problem was the C15 bridge engines manufactured in 2002 and 2003. These were intended to fill the pre-emissions 6NZ and the ACERT engine gap. Unfortunately, these were found to be of less quality than the others. 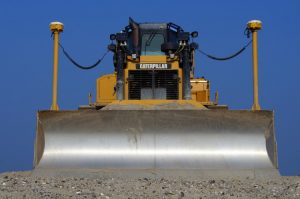 The Cat C16 has a lot to offer in terms of operating range, while also capable of a good amount of torque rise that encourages the use of transmissions with fewer gears. The C16 shares the same block as the 6NZ but with a longer crank and thinner liners. You will commonly hear the C16 referred to as a beast. It is the favorite of many, despite the amount of stress it places on the oil pumps.

The Cat C9 is a well-known inline 6 heavy-duty diesel engine. The C9 began with a displacement of 8.8L which was changed to 9.3L and given a variable nozzle turbo In 2007. 2007 was also the year Cat was required to meet the EPA 2007 restraints, causing them to modify the C9 with ACERT. ACERT or ‘Advanced Combustion Emission Reduction Technology’ was only one of the changes Cat made to the C9. Other modifications included improved air management via turbochargers that force cooler and cleaner air into the combustion chamber and variable valve actuation. Unfortunately, Cat ceased producing the C9 in 2010.

The Cat 3126 is an inline 6 turbocharged 7.2L diesel engine that debuted in 1997. The 3126 was Cat’s patient zero when it came to electronic mid-range diesel engines. As the successor of the 3116, it didn’t get off to the best start. People were frequently reporting dropped valves and crocked blocks. Although, this was found to be due to poor castings produced by a foundry located in France. There still seems to be some confusion about whether this affected the 3116 and 3126, but the 3126’s reputation was tarnished regardless. Adding insult to injury were marine users that were running the 3126 at over 100% power when attempting to get their vessel on a plane. This involved the 3126 at over 2800 rpm despite its redline being 2200.

So, if the castings are not sourced from this particular French foundry, or if you are not frequently smashing the engine past its redline, it is a very good engine! (Just don’t believe the rumors.)

The 3306 was first introduced back in the 1970s to replace the 1673 and 3160. Its reign lasted until 2004 when Tier 3 and 4 emissions came into play by which it was replaced by the C7 and C9. The 3306 was known to be a good reliable engine, to which many will attest. This was because the 3306 was a simple and straightforward design, and as we all know, simplicity is the ultimate form of sophistication! The first versions of the 3306 came with the precombustion chambers before they introduced direct injection instead. Yet, these original models were lacking in horsepower when compared with the later versions. They were pretty similar to the 3406 apart from the fact it had 2 fewer valves per cylinder. An original could average around 200 hp while the more recent models were capable of 270 hp. Ask anyone, this engine was a pillar in Cat’s heavy-duty diesel engine portfolio. It saw more than 25 years’ service and was mass-produced to bring its reliability to all.

The Cat C3.6 is an industrial diesel engine that has been built to meet the performance, reliability, and size requirements for a range of different industries. The C3.6 is available in ratings up to 100 bkW at 2200 RPM. The C3.6 is equipped with Cat's latest technology and is capable of %5 more power and 12% more torque than its predecessor. Cat has also designed this engine with the operator in mind, the 3.6 has been made to be considerably quieter than its forerunner which will delight those who have to deal with such noise on the daily. This engine will usually be seen in agricultural tractors, aircraft ground support, drill rigs, grinders, rollers, compressors, forestry, irrigation equipment, material handling, mining, earthmoving equipment, paving equipment, pumps, fruit harvesters equipment, turf, and underground mining equipment and more.

The Cat C1.1 is an industrial diesel engine known to deliver outstanding performance consistently through an array of speed ranges with a notable power density. Cat designed the C1.1 to be fairly compact and compatible with a variety of smaller off-road applications. It sports a 24 hp rating meaning OEMs have more room when it comes to installation and commercial requirements. Although, it has to be said that the C1.1 is best suited in S that require explosive power from a relatively small source. However, if the C1.1’s 24hp isn’t sufficient, Cat also offers a turbocharged version. Both the C1.1 and turbo variants come with the added benefit of single-side servicing allowing the operator to cut down on both time and cost.