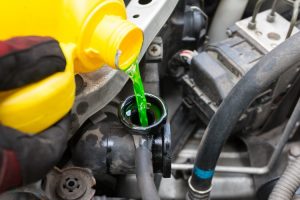 What Does Engine Coolant Do?

Some people know, and some people think they know what coolant is and the role it plays. In short, coolant transfers heat while providing antifreeze protection to an engine to keep your car on the road. Internal combustion engines create heat from well, combusting fuel. This creates the energy that propels your vehicle, but there is a portion of this energy that isn’t used and is converted into heat. Now some of this heat is dealt with via the exhaust system but some remains within your engine block. Your usual combustion temp stands close to 2000 degrees Fahrenheit, with some reaching up to 4,500. So, what’s the big deal? Well, aluminum melts at about 1,225 so keeping these modules cool is imperative. A huge portion of engine problems is somehow related to engine cooling issues. So, if you want to look after your engine knowing about coolant is essential.

Until around 15 years ago, heavy-duty engines were usually filled with ‘conventional’ antifreeze, known as standard D-4984 according to the American Society for Testing and Materials. This antifreeze which many continue to use today is incompatible with diesel engines unless you add a supplemental coolant additive. These additives provide the nitrate that protects your wet sleeves.

Luckily, the newer antifreeze you see on the market for diesel is fully formulated, also known as D-6210 or RP-329 according to the American Society for Testing and Materials and the Technology Maintenance Council. These solutions already have the supplemental coolant additive needed by diesel. A typical one will comprise nitrate to protect iron and steel components and the prevention of cavitation on the sleeves, tolyl triazole for the copper and brass parts, borate or phosphate to bugger acids, and silicate for the aluminum parts.

As your engine uses these additives, it slowly depletes the solution of these vital ingredients, meaning you must renew fairly often if you use the ones with supplemental coolant additives. More importantly, you must ensure the replenishment of the proper nitrate amount, no less, no more, as too much can cause solder corrosion, and a build-up of other additives can cause “total dissolved solids” to increase, risking the cooling efficiency and the chance of passage clogging dropout. To be safe, guidelines claim replacing a fully formulated coolant every two years.

To avoid users the hassle, the antifreeze industry created what is known as extended life coolants, which are advertised to last around 600,000 miles or 12,000 operating hours. They proved pretty popular, at first. They replaced the additive solution in the fully formulated editions, with what is known as ‘organic acid inhibitors’ that intend to protect the engine's metal components by forming a thin skin against the more damaging ingredients found in coolants.

The organic acid technology solution will use the base or a neutralized version of organic carbon-containing acids, usually the carboxylate acids of 2-ethyl hexanoic acid or sebacic acid. These carboxylate solutions do happen to have some of the same additives seen in the fully formulated versions I.e nitrate and molybdate, and occasionally silicate. These organic acid technology formulations that have nitrate also, are sometimes referred to as nitrated organic acid technology, or ‘NOAT’. However, the experts claim that when you add inorganic inhibitors such as nitrate to an organic-based solution, it is now a hybrid and should be referred to as such.

More complicated than you thought, eh? Let’s try and simplify this a bit:

Firstly, being called coolant can be slightly misleading. Theoretically, your engine could survive just fine on your average hose water. But this becomes a problem if you happen to reside somewhere that regularly experiences near-freezing temperatures. Why? Because this water would freeze, expand, and burst the container, subsequently cracking, and ruining your engine block. The additive or ‘coolant’ or antifreeze’ whatever you want to call it, is basically a mix of sugars and glycerol, and other sweet sweet tastes that occasionally kill an overindulgent dog. That aside, these additives significantly decrease the freezing point of the water, without damaging the metal inside. I guess the main idea is to just keep the water in liquid form in freezing temps.

Now the need to add water is because it comes in a concentrated form just like an orange squash, it's designed to be diluted. Unfortunately, humans like to spend more on less, hence why many are attracted to the premixed solutions. Either that or some are just too lazy to add water, or, there’s those that would rather just ruin their engine by pouring the concentrated mixture into the radiator because only a novice would follow the instructions, right?

The distinction between antifreeze and coolant is one is concentrated and the other is diluted. There are many many dilution ratios, so you need to make sure you get the right one. Usually, the colder it is, the higher the concentration. If you take anything away from this article, just do your research and follow the instructions. Better safe than sorry. 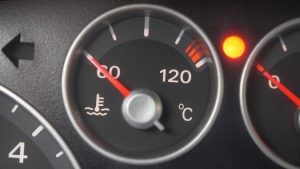 How Does Coolant Work?

The car coolant is situated in a reservoir fitted to the radiator before it begins its journey to the engine block and other modules. This coolant is used in tandem with a liquid cooling system, which comprises of the following:

Now for its mechanism: when the engine is doing its thing, the coolant is pumped throughout the engine and then back to the radiator. After it cools, it travels out the bottom of the radiator, into the water pump, which pushes it into the engine's block and head. From here it soaks up all the leftover heat in order to regulate the engine temp. The coolant then travels back to the top of the radiator where it is cooled down, and the cycle repeats.

Now you know the ingredients, options, and mechanism, let’s take a look at the top 5 coolants on the market today:

In contrast to everything we have discussed, Evans Cooling Systems High-Performance Waterless Engine Coolant is, as you probably guessed, water-free. Removing water as a vital component reduces corrosion which subsequently allows your engine to love a longer, happier life, not to mention saving you money. Now, if you currently use water in your cooling system, it is imperative that you convert it to water-free before using this coolant. Luckily, Evans offers a prep fluid that is designed to flush all the water-based coolant from your engine. Thankfully, they have also created a pretty informative how-to video that can be found on Youtube to ensure you don’t go making a mess of things.

This coolant is ideal for both heavy and light-duty diesel engines, Vintage V8s, and the newer 4-cylinder engines. This formula is a propylene glycol-based solution that is non-reactive meaning it won't cause you any electrolysis or cavitation erosion problems. Reviewees claim this is one of the best, especially if your diesel is prone to overheating, as it won't cause hot spots or engine knocks. Notably, it has a rather high boiling point of 375F, so you don’t have to worry about it vaporizing or boiling over at high temps. In colder atmospheres, it remains a liquid until around -40F.

Rated one of the best for diesel, is the Zerex G-0. Commonly used in newer fords, Chryslers, and Mercs this hybrid will protect your engine for about five years/ 150,000 miles for lighter duty vehicles and three years/ 300,000 miles for heavy-duty ones. Its hybrid organic acid technology works with the top conventional and organic acid-based ingredients to protect your engine from that dreaded rust. Zerex G-05 consists of virgin ethylene glycol to prevent freeze and boil over issues in tandem with hybrid organic acid corrosion inhibitors to prevent corrosion. It also has a low silicate and PH count, with no phosphate whatsoever.

Zerex makes the top five twice with their extended life formula that comprises ‘special’ inhibitors that protect your diesel from liner pitting and hard water scale deposits, meaning a longer life for your engine. It is a heavy-duty coolant, in a concentrated solution that can be mixed with ratios of 50/50 or 70/30 solution to diesel. This formula is primarily intended for heavy-duty diesel engines and is designed to last a good amount of time before replenishment is required. However, while suitable for diesel generators etc, it should NOT be used in trucks and cars.

Zerex also offers an ‘extender’ option which allows you to go on for roughly 6 years/ 600,000 miles without having to swap out your antifreeze. This extended life coolant comprises virgin ethylene glycol for freezing and boils over issues with organic acid corrosion inhibitors that aim to protect your cylinder liners from cavitation and liner pitting.

The Mopar 50/50 prediluted antifreeze is recommended by Cummins themselves, need we say more? The formula should last you about 10 years or 150,000 miles. You needn’t worry about ratios, as you do not need to add any water (hence the prediluted bit). Mopar has utilized organic acid technology to protect against corrosion while keeping your engine at a healthy temperature. The Mopar 50/50 has long been a favorite for those running Chrysler, Dodge, Jeep, and Ram. The reviews speak for themselves, thriving in both cold and hot atmospheres, this one seems a good all-rounder.

Fleetguard has long been a reliable choice, they cater for pretty much every type of engine from diesel to natural gas or gasoline. They offer a range of low-cost, extended services, glycols, glycerine, and more. The Fleetguard extended life 50/50 prediluted is another one that doesn’t need any additional water, so saves you the hassle of worrying about ratios. Fleetguard has also gone the extra distance to bring you a 15 PSI cap. The solution remains liquid even at -36C while capable of withstanding heats up to 130C/265F. This formula is comprised of ethylene glycol that doesn’t gel and consistently protects all engine components, even aluminum ones. Fleetguard has also long been a favorite of Cummins, so you needn’t worry that they are all talk.