What Problems Does The 5.9L Cummins Have? 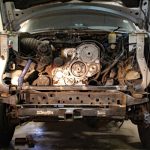 Mechanical problems aren’t normally associated with the Cummins B series but, as is the case with any lineage of engines, even the most renowned versions have their weak points. When it comes to the 6BT and pre-common-rail ISB 5.9L mills (the Cummins found in ’89-’02 Dodge Ram 2500 and 3500’s), common shortcomings range anywhere from mere headaches to spontaneous failures that can lead to irreparable damage. Arguably most serious is the killer dowel pin—a tiny piece of steel that has the ability to work itself loose from the front of the crankcase, potentially causing catastrophic hard-part destruction.

Equally crippling is the infamous 53 block used in a fair amount of ISB 5.9L engines, a crankcase that has a propensity to crack and eventually be rendered unsalvageable. Further ISB woes include the 24-valve Cummins’ rampant OEM lift pump failures as well as a more recent yet growing problem: failed ECMs. We’ll delve into that and more below, including what is perhaps the sole chink in the armor of the venerable P7100 (i.e. P-pump) that fuels the ’94-’98 12-valve 6BT: the overflow valve. Rest assured, every problem presented here is followed with a definitive solution. 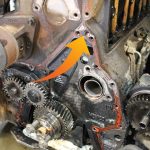 Sometimes it works its way loose and falls into the gear train. Other times it somehow manages to avoid the gear train and ends up in the oil pan. And still, other times it remains in place. We’re talking of course about the killer dowel pin (KDP), the 5/16-inch diameter dowel pin that was used to locate and align the front gear cover to the engine block on the assembly line. After years of miles, heat cycles, age, and especially vibration, the steel dowel pin can work itself free from the block and fall into the camshaft gear, which usually means the least of the damage is a destroyed cam gear and a cracked (aluminum) front gear cover. Picture piston-to-valve contact and all-out Armageddon… While the issue is a threat on all ’89-’02 Cummins engines, for whatever reason KDP failures seem to occur more frequently in ’94-’98 engines.

Solution: Stake The Pin, Cover The Pin, Or Remove It Completely 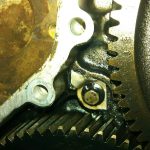 The fix is just as it reads above, there are essentially three ways to address the KDP. However, all of them call for roughly half a day’s labor. You’ll be pulling the fan shroud, fan, front gear cover, and even the damper to gain access to it, but in the end, it’s 100-percent worth the effort. The most popular solutions are all-in-one, aftermarket KDP “repair” kits, which effectively lock the dowel pin in place forever, and that range from approximately $70 to $200 in price depending on where it’s purchased and what the contents are (crank seal, front cover gasket vs. RTV, etc.). Of course, there are homegrown remedies as well. We’ve even seen a section of coat hangers repurposed as a mechanism to lock the dowel pin in place. 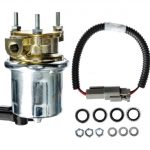 Lift pump failure occurs across the board with ’89-’02 5.9L Cummins engines, but it’s most troublesome in the ’98.5-’02 ISB version due to the Bosch VP44 injection pump it feeds. The VP44 must have positive fuel supply pressure at all times in order to keep its internals lubricated and cool. Overheating is the biggest killer of VP44s. Unfortunately, the engine-mounted electric Carter lift pump that came from the factory was prone to meeting an early death due to the 24-valve’s constant vibration. Any time this happens, the expensive VP44 can bite the dust in short order. 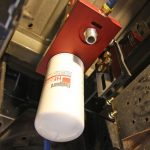 Replacing a dead factory lift pump on a 5.9L 24-valve (ISB) Cummins should entail more than simply swapping pumps. Getting the lift pump off of the engine, away from heat, and free of constant vibration will increase its lifespan tremendously—not to mention that relocating the lift pump along the frame rail turns it into more of a pusher pump than a lift pump. Although Chrysler offered an in-tank factory fix back when the ISB-powered Rams were still under warranty, it’s best to get away from either in-tank or engine-mounted transfer pumps on the ISB Cummins. It also pays big dividends if you install a low-pressure fuel supply gauge in the cab to keep a watchful eye on things. 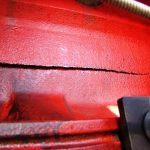 Select ’99 to ’01 model year 24-valve engines in Ram trucks were notorious for cracked blocks. As the story goes, Brazilian manufacturer, TUPY, cast the ISB crankcase very thin around the water jackets, and these blocks also had a “53” cast into the front driver side of them (and sometimes on the passenger side). Approximately 100,000 blocks were cast in this manner. Cracks commonly occur on the passenger side of the block and in engines that have been modified, spend a lot of their time under heavy load, or are exposed to excessive coolant pressure or temperature. However, some believe the problem is caused by thermal expansion during engine warmup. The thin-wall problem was addressed on later blocks, which were mostly (if not completely) manufactured courtesy of Teskid in Mexico. 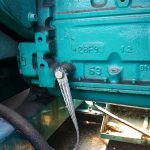 Unfortunately with this failure, block replacement or a complete 5.9 Cummins drop-in engine are the only real solutions. The lock-n-stitch method of repairing the block has been met with mixed results, but most often a recurring coolant leak is unavoidable. In addition, to effectively perform a lock-n-stitch job, the engine requires removal—making it all the more feasible to tear down and rebuild, or outright replace the engine. Sourcing a late production run crankcase or a 54, 55, or 56 block is ideal, as none of these blocks were known to have cracking issues. 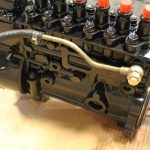 Hard-starting and lack of power issues many times point toward a failing overflow valve on P-pumped versions of the 5.9L 6BT Cummins (the engine found in ’94-’98 Rams). The design of the seat and ball within the overflow valve places added stress on the Bosch spring, eventually causing the spring to break. This drastically reduces pressure within the P7100, leading to lower power output. Seat erosion is also highly common in the factory overflow valve, which over-extends the spring (making it longer) and also culminates in less pressure. 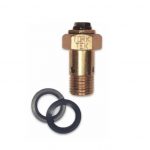 This one was best solved in the aftermarket when Tork Teknology released its adjustable overflow valve. Not only is a superior spring employed, but careful care was taken in its design to ensure the valve seat sees the least amount of stress from the ball as possible. On top of that, the company’s overflow valve allows the end-user the ability to adjust his or her fuel pressure without stretching the spring. The icing on the cake is that its leak-proof check valve prevents back-flow to the tank (vs. the OE unit that leaks from the factory). 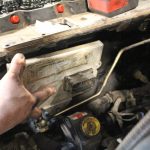 A room-temperature, vibration-free environment is the ideal living condition for any computer, so it’s actually a wonder that any Cummins-married ECM lasts as long as it does. Unfortunately, a growing problem for ISB Cummins engines is ECM failure. Years of operating in the high-heat, frigid cold, dirty, moist, and clamorous conditions take their toll on the internal circuitry. Many times, ’98.5-’02 Ram owners are left with a finicky-running engine, experience instances of free-revving when warm, and sometimes get a P1693 code. We’ll add that tracing the aforementioned issues back to the ECM is a time-consuming process. 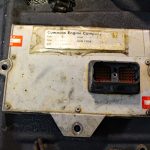 Luckily, options abound for ECM failure on the ISB 5.9L Cummins. As a brand-new unit can run as much as $2,900 (plus core charge), many Ram owners turn to the local salvage yard or eBay for a second-hand yet working ECM. A third option is to have the truck’s original ECM repaired. There are various ECM repair companies online, but buyer beware: make sure you choose the most reputable one you can find. Reason being, if your core ECM isn’t returned you’re not only without a running engine but you’re out the means of making it functional again.